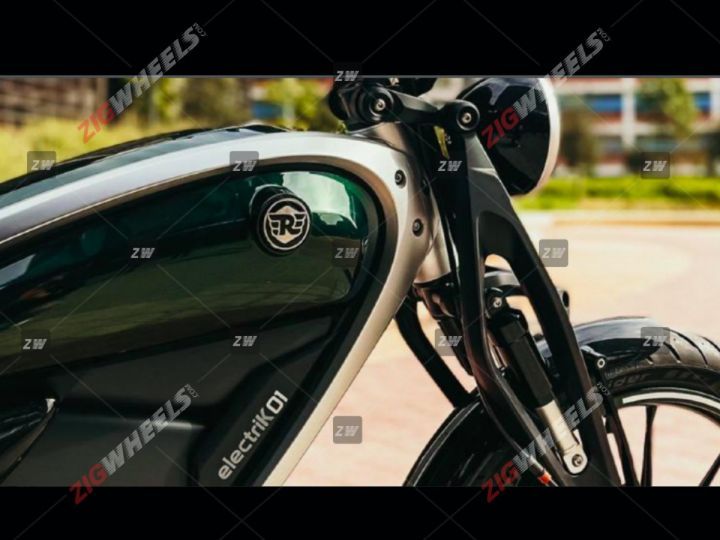 Internally, this first prototype is called ‘electriK01’ and features quite an interesting design language. Royal Enfield had recently commissioned a project called “Project Origin,” and this electric bike does have some similarities. It is slim, sleek and properly retro. And much like the first Enfield, which was a motor strapped to a bicycle frame, this electriK01 might go down the minimalistic route.

Given that it is a concept likely to be showcased sometime in the future, it bears a girder fork. We’ve seen Royal Enfield employ a similar suspension setup for the Concept KX; but eventually, nothing quite came off it. So, expect the same to follow through here as well.

Painted in an emerald green shade is the ‘fuel tank’ which looks rather long, but is also a great fusion of futuristic and old-school designs. Following that theme, it also gets a circular headlight, which is likely to be an LED unit considering it’s an EV.

When it comes to the motor and battery specs, details are still under wraps. However, according to what was revealed earlier, the e-bike is likely to be an equivalent of a 250-300cc petrol-powered bike.

Summing up, the first electric bike out of Royal Enfield’s stable is expected to launch sometime in 2025.