After Being Online-only, Ola Electric Goes Off-line With New Showrooms

The company has opened its showrooms, AKA ‘Ola Experience Centres’, in eight cities 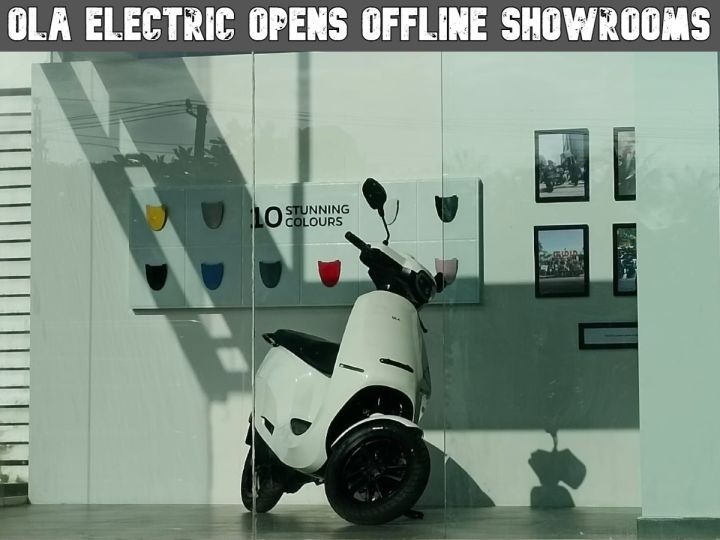 Ola Electric had adopted an online-only sales model and was selling its electric scooters through the Ola App and its official website. Now though, the e-scooter maker has opened actual showrooms in eight cities (as per its official website) namely Belgaum, Chandigarh, Chennai, Delhi, Kolhapur, Mangalore, Pune and Thrissur.

These showrooms are called ‘Ola Experience Centres’ and all of them will operate between 9am and 8pm, seven days a week, and the address and other details of the showrooms are on the company’s official site. Those who are interested in taking a test ride of the Ola S1 Pro and/or the Ola S1, or those who want to service their e-scooters or get more details on financing options can visit the showrooms.

On September 18, Bhavish Aggarwal, CEO of Ola Electric, through a tweet announced the opening of Ola Electric’s experience centres. He claims twenty such centres have been opened already, and that the company is targeting to open over 200 such centres by March 2023 in India.

Opening up experience centres across the country. 20 already, more than 200 by March!

Customers loving the convenience of online purchases and test rides - thousands a day and growing.

Experience centres will enable even more people to experience our products! pic.twitter.com/euN08mZGRu

While an online-only sales model is convenient, Indian consumers tend to trust more on brick-and-mortar sales centres wherein they can actually see and get a feel of the product before putting in their money. Bhavish had recently put up a poll on twitter asking his followers to choose between ‘Online / Retail store / See in store, buy online’, and majority of the users chose the second option, thus reflecting the same sentiment.

Opening such dealerships will help the brand garner more trust, and customers will also be able to approach the company physically as opposed to going the online-only route for their delivery timelines or get clarifications for any concerns. In a related development, the company has promised to set up 100 Hyperchargers across the country’s top 50 cities by Diwali. The company had also introduced a five-year warranty plan for its electric scooters.