2022 Mahindra Scorpio: 5 Things To Know About The Upcoming SUV 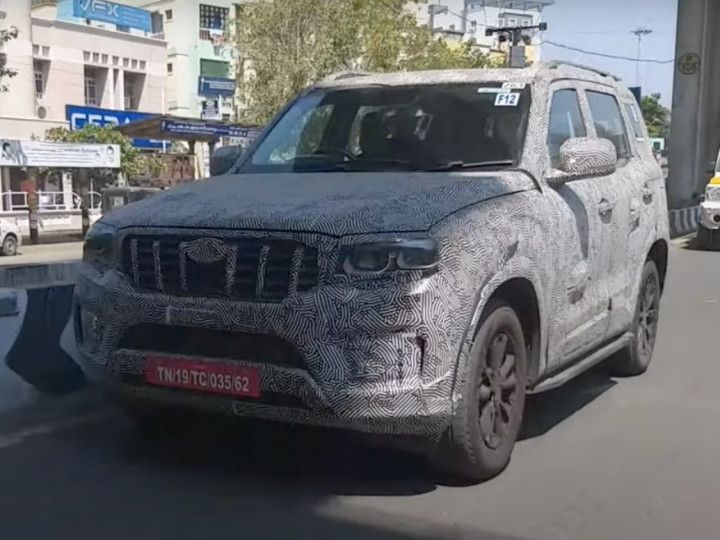 Mahindra’s next big launch in India will be the new-gen 2022 Scorpio. With plenty of test mules roving around the country, we have a fair idea of what to expect from the upcoming SUV. And if these spy shots are anything to go by, Mahindra is clearly taking a more premium approach, just like the XUV700 and Thar.

So without further ado, here are five thing you need to know about the Scorpio:

Though the Scorpio has grown a size larger, it still looks familiar, all thanks to the identical silhouette. That said, Mahindra will be sprucing up the premium factor with new dual-barrel headlights (probably LEDs), new alloy wheels, and LED tail lamps. A closer look at the test mule also revealed dynamic turn indicators a la the XUV700.

The interior of the Scorpio is more upmarket and premium than ever. The layout seems quite straightforward with all controls placed logically. Then there’s the black-choclate theme that adds to the ambience. Mahindra will also be offering the Scorpio with captain and bench seats for middle row occupants.

Passenger safety should be taken care of by multiple airbags, ABS with EBD, parking sensors, a 360-degree camera, and electronic stability control.

The XUV700’s 200PS 2-litre turbo-petrol and 185PS 2.2-litre diesel engines will make its presence felt in the Scorpio, albeit in a detuned state. A 6-speed manual and optional 6-speed torque converter will be the transmission choices on offer. As standard, the Scorpio will be rear-wheel drive, though select variants will come with four-wheel drive with a low-range gearbox and off-road modes.

At an expected starting price of around Rs 10 lakh (ex-showroom), the new Scorpio will lock horns with compact SUVs like the Hyundai Creta, Kia Seltos, VW Taigun, Tata Harrier, and MG Hector.