The compact sedan class is getting crowded. Over the past few years Hyundai and Tata have already marked their debut and now Volkswagen is about to join the bandwagon. We were able to take a closer look at the car to bring you the details 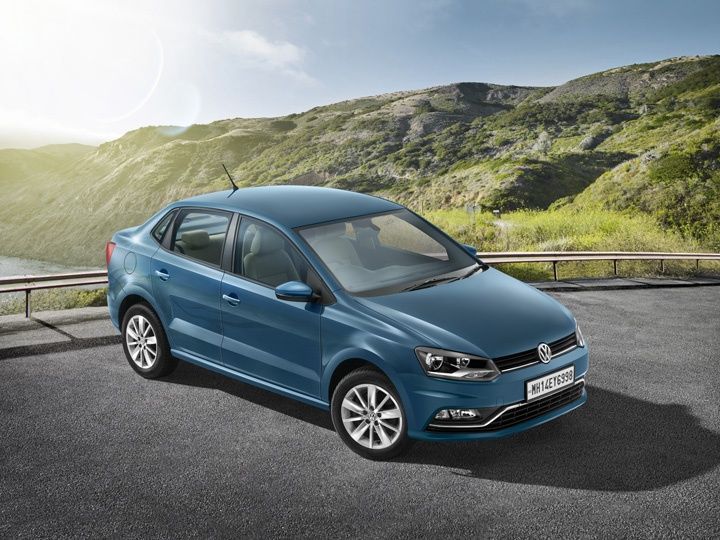 Rumours of Volkswagen working on a compact sedan started almost two years back, soon to be followed by some speculative renderings and then by spy shots. It’s been a while since, but now Volkswagen has finally unveiled its compact sedan offering, the Ameo.

Currently, all the models sold under the Volkswagen banner are the ones that were developed in Germany with its production gradually shifting to India. The Ameo however is different. It is the first product by Volkswagen to be developed for India in India, and that mainly to make the most out of the excise duty benefits.

To keep the price of the product competitive, manufacturers are now building sedans that are based on the same platform as its hatchback siblings. If that wasn’t enough to challenge the designers, keep in mind the sub-4 metre rule. In the case of the Volkswagen Ameo, the designers have done a fairly good job to give the car a pleasing overall design. Yes, the tail section is flat like most other sub-4 metre sedans, but this particular case, it doesn’t look as disproportionate as some of its competitors. Look at the Ameo from up front, and it will be hard to distinguish it from the Polo.

Step inside and the story is pretty much similar. The Ameo’s interior is identical looking to the Polo. It has the same beige and grey combination on the dashboard and the door panels, the same steering wheel design and identical seats. To make more room at the back, Volkswagen has fitted the Ameo with scooped up front seats. That however hasn’t solved the chromic foot room problem for the third passenger. If the large transmission tunnel wasn’t enough to steal all the room, the Ameo also comes with rear AC vents.

Aside from leg room, Volkswagen cars have always fallen behind in terms of features, but that isn’t the case with the Ameo. The Wolfsburg based car maker has ensured that the Ameo comes fitted with all the bells and whistles. The Ameo gets a large touchscreen infotainment system with MirrorLink feature to connect your smart phone, reverse camera with parking sensors, rear AC vents, cruise control, rain sensing wipers and more. Interestingly, soon after the unveil of the Ameo, Volkswagen has also fitted the Polo and the Vento with some of these features.

Coming to the heart of the matter; here too the Ameo is identical to the Polo. It shares the same 1.2-litre 3-cylinder petrol motor that churns out 75PS of power and 110Nm of torque; and the 1.5-litre 4-cylinder oil burner that makes 90PS and 230Nm. Both these engines come mated to a 5-speed manual transmission. While the figures remain identical to the Polo, expect the Ameo to feel marginally slower considering the added weight. In fact, considering it uses the same power and torque to lug a heavier machine, expect the efficiency to be affected as well. The petrol Polo returns 16.47kmpl while the diesel trim returns 20.14kmpl.

When the Volkswagen launches the Ameo in six months time, it is going to enter in a very crowded space. The German offering will have to make place for itself amongst some very able competitors like the Maruti Suzuki Swift DZire, Honda Amaze and the Ford Figo Aspire. As far as the pricing is concerned, expect the Ameo to be cost marginally higher than the Polo. The ABS and Airbag equipped base variant is expected to carry a sticker price of around Rs 5.5 lakh while the fully specced model is expected to be priced around Rs 8.5 lakh.