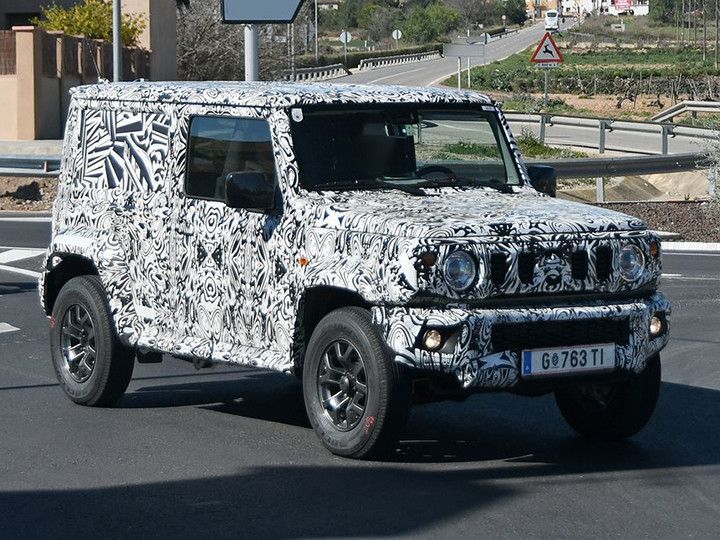 For those of you expecting the Jimny in India, we have some news to cheer you up: a long-wheelbase version of the to-be Gypsy-successor has been spotted testing overseas for the first time. This is a good sign of things to come, as the model that will arrive in India could be a stretched five-door version of the current three-door Jimny that was showcased at Auto Expo 2020.

The model spied here is a three-door variant as well. However, as is the case with the initial testing, this is probably a makeshift body as the wheelbase seems elongated compared to the standard model. If the SUV arrives in India, it will be offered with an extra set of doors for the back row. A longer wheelbase test mule is one step closer to the five-door version Maruti Suzuki had hinted at. Globally, Suzuki could offer a three-door long wheelbase setup on the Jimny as well.

In a recent investor’s call, for the first time, Maruti Suzuki publicly spoke about the possibility of the Jimny arriving in India. The Jimny has been showcased at the Expo, spied testing in India multiple times, and produced domestically for export. However, its launch timeline for India remains a mystery, but at least we know it will arrive, sooner or later.

If the model makes it to production for domestic markets, it should be powered by Maruti’s 1.5-litre K15B petrol engine that puts out 105PS, the same as the three-door Jimny overseas. Maruti could also offer the option of a 1.5-litre diesel engine which it is rumoured to revive in the BS6 era.

Like its predecessor, the fourth-gen model will probably sport the iconic Gypsy badge. There is still no official confirmation on its arrival, but the Jimny could arrive by early-2022 as a five-door model. It will mostly retail from around Rs 10 lakh (ex-showroom) and compete with the Mahindra Thar and the upcoming Force Gurkha.