Kia Motors seems to be keeping a lower profile than its sibling, Hyundai, at the 2019 LA Auto Show 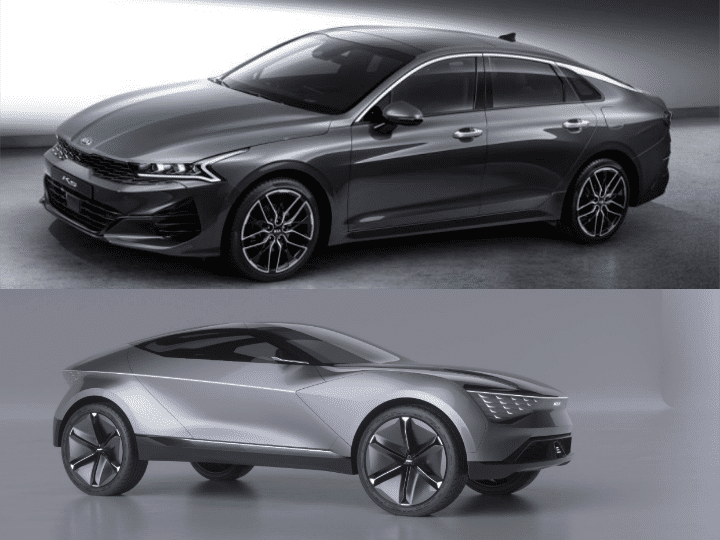 With just a day to go until the 2019 LA Auto Show kicks off, Hyundai is already planning on going big with a total of around 18 models to be showcased. The lineup will consist of recent production models as well as brand new debuts. However, its Korean sibling, Kia Motors, seems to be going the opposite route, being tight lipped on its plans for the auto show. Kia only recently unveiled an all-new K5 in Korea, better known as the Optima sedan. It also recently revealed an SUV coupe concept in China, which highlights its vision for the future. And we believe these are the cars it will show in Los Angeles. Here’s a closer look:

Less than 5 days ago, Kia Motors revealed the production-spec Optima (K5) sedan that’s slated for a global unveil in December. This sedan could be Kia’s answer to the likes of the Skoda Superb, Hyundai Sonata, Volkswagen Passat and the Honda Accord  globally. Exterior highlights include a sporty design featuring Kia’s trademark ‘Tiger Nose’ grille connecting with the LED headlamps. It also gets a funky set of DRLs that are shaped like the number ‘2.’

Interiors are yet to be revealed, but design sketches reveal some kit from the Seltos like a floating touchscreen infotainment system and a three-spoke steering wheel. Other expected kit may include UVO connected car tech, dual-zone climate control, a head-up display, Kia Sound Mood lighting, a premium sound system, and a wireless phone charger.

The Optima is likely to be petrol-powered with a 2.5-litre naturally aspirated unit or a 1.6-litre turbocharged motor. The former produces 191PS while the latter develops 180PS. Expect both engines to be paired to an 8-speed automatic. While there is some time for the unveil in December, we can’t rule out Kia showcasing it a bit earlier at the LA Auto Show.

On November 5, at the China International Import Expo, Kia Motors gave us a glimpse into their future SUVs with the Futuron all-electric SUV coupe concept. Main talking points of the concept SUV include being a sportscar sitting on an SUV platform, an all-electric AWD system and a revised illuminated tiger grille that connects with the headlights. The concept also boasts Level 4 autonomous driving tech in which the steering wheel retracts and the front seats recline once autonomous driving modes are engaged. Could this be the the mystery debut that Kia Motors will reveal after all?

Kia recently dropped a teaser image of a car that looks similar to the Seltos in its front-end design as well as its alloy wheels. This could indicate that the new model might just be the US debut of the Kia Seltos that's sold in India at a price range between Rs 9.69 lakh to Rs 16.99 lakh (ex-showroom India). We could expect some additonal features as well as revised powertrain options compared to its Indian sibling.

There could also be a scenario where neither of these three models are Kia’s new debuts, with a completely different model to be showcased at the 2019 Los Angeles Auto Show. Thankfully, we won’t have to wait too long as all the action commences on November 19.