Fancy the new metallic orange colour? Be prepared to shell out 10k extra 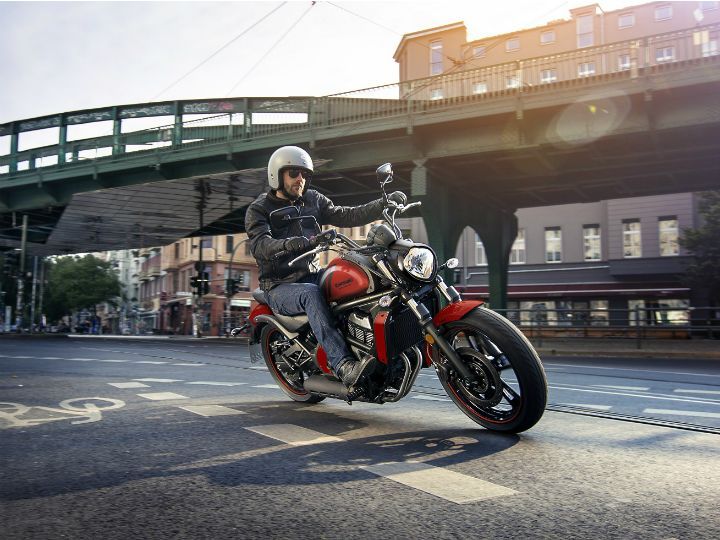 If you really liked the Kawasaki Vulcan S, but weren't a fan of the fact that it had only a sole black colour on offer, we have some good news for you. The Japanese manufacturer has introduced the Kawasaki Vulcan S in Pearl Lava orange colour for the Indian market. However, the new colour option will set you back by Rs 5.58 lakh (ex-showroom Delhi), a premium of Rs 10,000 over the standard model.

Yutaka Yamashita, Managing Director of India Kawasaki Motors, said, “The Vulcan S is that type of motorbike which defines a particular lifestyle. In such type of products colour of the motorcycle plays a vital role. The Vulcan S in pearl lava orange colour is available only in few countries. So bringing it in India shows the commitment of Kawasaki towards the Indian market.”

He further added, “It is different than any other cruiser mainly because of its powerful, yet easy-to-control engine, easy manoeuvring, lightweight yet stable, highway riding and good fuel economy. Ergo-fit is one key feature of Vulcan S which offers a combination of adjustable components for riders of different stature.”

Coming to the bike itself, the Kawasaki Vulcan S is the company's first ever cruiser offering and boy does it leave an impression! Styled as a modern and urban cruiser, the Vulcan S opts for subtlety, rather than being covered in bling. Its blacked-out elements like the alloy wheels and offset monoshock reaffirm the same, while giving it a modern look.

In terms of features, the cruiser packs a single-pod semi-digital instrument cluster, with the large analogue tachometer taking the centre stage. Riders can also alter their riding position, thanks to the three-way adjustable handlebar. In addition to this, Kawasaki has also equipped the Vulcan with ABS.

Powering the motorcycle is the same engine that is seen on the Kawasaki Ninja 650. This 650cc, liquid-cooled, parallel-twin engine delivers 61PS of power at 7500rpm and 63Nm of torque at 6600rpm, mated to a 6-speed gearbox. According to the company, the engine has been tuned for a relaxed power delivery and frugal fuel efficiency, which is always beneficial while touring.

The Kawasaki Vulcan S utilizes a diamond type frame which is suspended on telescopic front forks and a 7-way adjustable monoshock unit at the rear. Braking is handled via disc brakes on both ends. It tips the scale at 226kg (kerb weight), while fuel tank capacity stands at 14 litres.

While it is good to have more than one colour to choose from and the new orange paint scheme does look good, we do wish Kawasaki offered it at the same price as the standard bike.