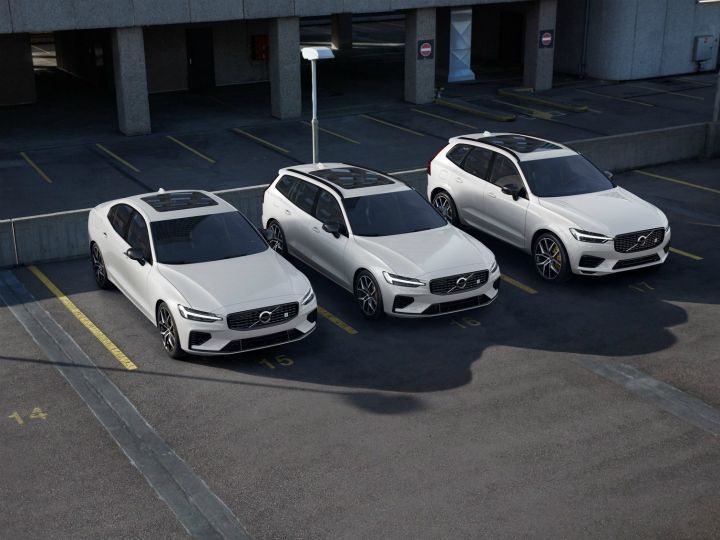 Both the cars are based on the standard T8 versions, which uses the same plug-in hybrid motor along with a 2.0-litre petrol motor that churns out 400PS of power and 636Nm of torque. In comparison with the standard T8 variants of both these cars, power has gone up by 15PS while the torque is also up by 33Nm for the Polestar Engineered variant. The Polestar Engineered variants will also be faster to the ton compared to the standard T8 variant, which does it in less than 5 seconds. To put things more into perspective, the Indian version of the XC60 is powered solely by a 2.0-litre diesel engine which is available in two states of tune: 190PS/400Nm and 238PS/480Nm. The V60, though, is all set to be launched in India  by August 2019.

Subtle exterior changes differentiate the Polestar Engineered cars from the standard variants. A 10-spoke wheel, black chrome exhaust tips, high-gloss black grille, wheel arch extensions, and Polestar badges can be seen on the outside; while on the inside, gold seatbelts and a charcoal color scheme are visible. These cars are not just limited to powertrain changes, something which is overtly visible from the Öhlins-sourced suspension setup and front strut bar; brakes have also been upgraded to a six-piston brake caliper setup for more stopping power. All these changes should result in a sharper handling.

The XC60 and V60 Polestar Engineered models will go on sale in the US by June with an expected and reasonable hike in price over the standard T8 variant. With Volvo confirming both these cars are not limited-production models like before, there is also a strong chance of them being available in India in the near future as Volvo has also announced huge EV plans for India. The XC90 will be the first plug-in hybrid to be assembled in India.

We have always been big suckers of almost everything Volvo’s famed Polestar skunkworks has pushed out, and the new XC60 and V60 Polestar Engineered sounds as exciting, even with the change in heart. What about you? Sound off in the comments below.