Volkswagen Ameo to be launched in June 2016

Volkswagen will have the official launch of the Ameo in June 2016. The compact sedan will be seen competing against the Honda Amaze, Maruti Suzuki Swift DZire, Hyundai Xcent, Tata Zest and the Ford Figo Aspire 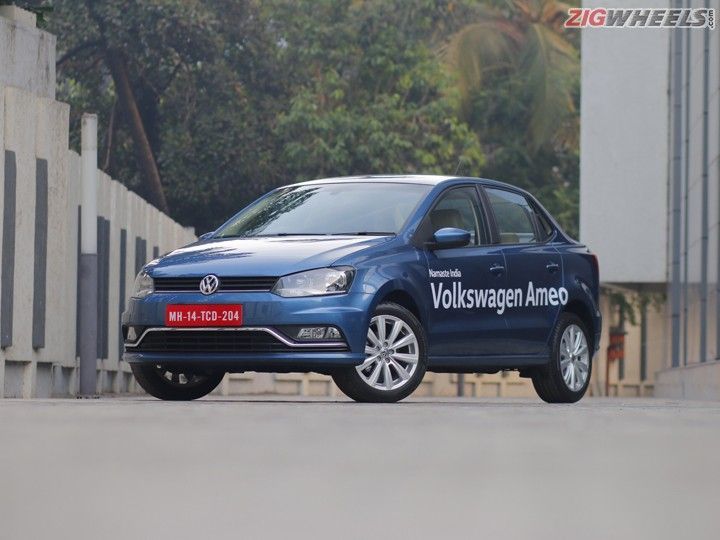 The Ameo is a compact sedan offering from Volkswagen and was unveiled at the 2016 Auto Expo held in February. VW has designed the Ameo with special inclination towards the Indian market. From information close to our sources, we have learned that the German manufacturer is likely to launch the car in June 2016. The Ameo compact sedan will slot in between the Polo hatchback and the Vento sedan. Being a sub 4-metre compact sedan, the Ameo will offer the same comforts of a hatchback, but with an extended boot section.

The car borrows the same design philosophy of the Polo and Vento in terms of looks. The front has the signature VW grille design followed by the long sloping bonnet and headlights from the Polo. Like other compact sedans, the Ameo sports an extended rear section after the C-pillar to allow extra boot space. The compact sedan looks like a shortened Vento from the sides due to it being a sub 4-metre vehicle. Inside, the Ameo features black and beige interiors with fabric upholstery. VW has made used of high quality plastics giving the car a plush feel.

Recommended Variant : Ameo 1.5 TDI Comfortline
Was this article helpful Yes No
Sorry about that