2021 could see 14 new sedans launching in the country! 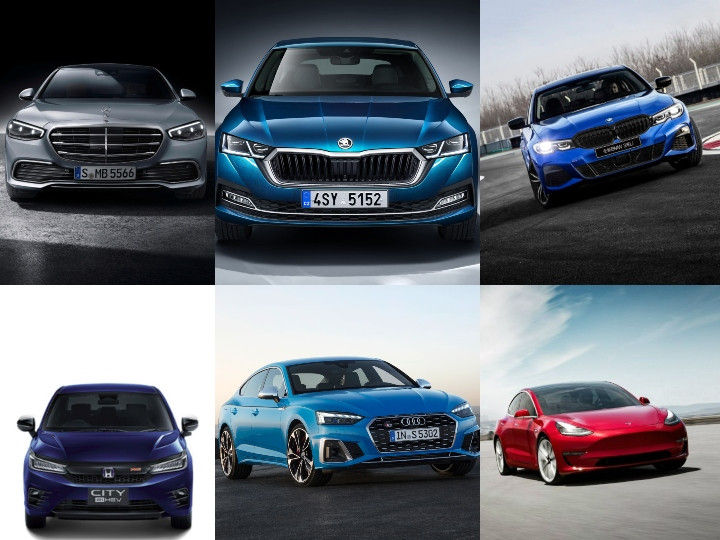 Like my colleague, Tushar, said in our MG Gloster video review, SUVs have stolen the show from premium hatchbacks and sedans. Even supercar makers want to grab a slice of the pie. That said, sedans aren’t dead. In fact, as many as 14 new models could be launched here in 2021. Let’s take a look at what to expect:

Renault and Nissan are working on a sub-4 metre sedan based on the CMF-A+ platform. Technical specifications of both models aren’t available at the moment, but it could share parts with the Magnite/Kiger. We expect it to come with two 1.0-litre petrol engines, including a turbocharged unit as well as a CVT. Moreover, an affordable price tag undercutting all its rivals could also be on the cards. The sub-4m sedan segment is not as fierce as the sub-4m SUV one, but Renault and Nissan’s creation will be taking on the might of the Maruti Dzire, Hyundai Aura, Honda Amaze, Ford Aspire and Tata Tigor.

It’s no secret Skoda and Volkswagen are working on the Rapid’s and Vento’s successors. It remains to be seen if these models will be called the Rapid and Vento, but we know they will be based on the VW Group’s heavily localised MQB-A0-IN platform. Both cars will also be powered by the 110PS 1.0-litre TSI petrol engine found in the existing cars.

Honda Cars India has been planning on launching a mass-market hybrid car and the City hybrid could be the perfect fit for our country. It utilises Honda’s new compact twin-motor setup that combines two electric motors along with the 1.5-litre petrol engine. You can read how this system works by clicking here. The City hybrid won’t come cheap though, it’s likely to cost well above the Rs 15 lakh mark here. Since the carmaker recently discontinued the Civic and CR-V, the City Hybrid could be the most pricey Honda offering in India.

The Skoda Octavia will make a comeback in its latest iteration. It has already been spotted testing in the country and we have even managed to get some important information from the company’s director of sales and marketing. The Octy will only come with a petrol engine, but it’s the punchy 190PS 2.0-litre TSI unit. With the Civic gone, it’s only rival will be the Hyundai Elantra which was updated not very long ago.

Audi India’s first launch in 2021 will be the facelifted A4 on January 5. Production has already begun at Skoda Auto Volkswagen India’s plant in Aurangabad and bookings are officially open for a token amount of Rs 2 lakh. It will be offered in two variants and will be powered by the 190PS 2.0-litre TSI petrol engine, same as the one in the recently launched Q2 SUV.

BMW India will launch the extended wheelbase variant of the 3 Series, dubbed the 3 Series Gran Limousine, on January 21. We’re getting a Bimmer that’s eyeing the chauffeur-driven seths for the first time with its 110mm longer wheelbase liberating more legroom for rear occupants. The 2.0-litre petrol and diesel engines though are likely to be similar to the standard 3 Series.

It’s been long coming, the Mercedes-Benz A-Class, which was expected to launch in 2020, will finally debut in 2021. The entry-level model in the carmaker’s lineup will be offered in both standard and sportier AMG guise. The latter could be assembled in India so one can expect a better price tag. The AMG model may be launched ahead of the standard variants. Mercedes is clearly looking to target enthusiasts with this one.

We have another Audi model joining this list, the facelifted S5 Sportback which was teased during the launch of the Q2. The S5 Sportback will be launched in its facelifted avatar which looks sharper than ever with new headlamps, tail lamps, and minor design updates. The interior hasn’t been changed much, except for the new MMI infotainment system. However, enthusiasts will be happy to know it will come with a 340PS 3.0-litre turbo-petrol engine, helping it do 0-100kmph in 4.5 seconds.

The E-Class will soon get a facelift in the country, possibly by mid-2021. It gets a slightly sharper face while the rear-end is similar to the new S-Class. A few bits such as the steering wheel with split spokes is a direct lift from the S-Class. The facelifted E-Class also comes with Mercedes’ MBUX infotainment which is one of the best in the business. It could also feature a hybrid powertrain that will be sold alongside the standard petrol and diesel engines.

The Mercedes-Benz S-Class has always been the epitome of luxury and technology. The new one is no different. It packs so much equipment, is high on style, and is digitally dominated inside. Expect it to get petrol, diesel, and hybrid powertrain options. As for when we can expect it in India, likely around mid-2021.

We’re not sure if Tesla will come to India or not, but things do seem positive about its India debut if we’re to believe Elon’s tweet. The first Tesla to launch here could be the entry-level Model 3 sedan. If priced well, the Model 3 could have a decent start as the Tesla brand is well recognised worldwide.