The Toyota Corolla Turns Into An SUV!

Meet the Corolla Cross, a compact SUV that could take on the likes of Kia Seltos and Hyundai Creta 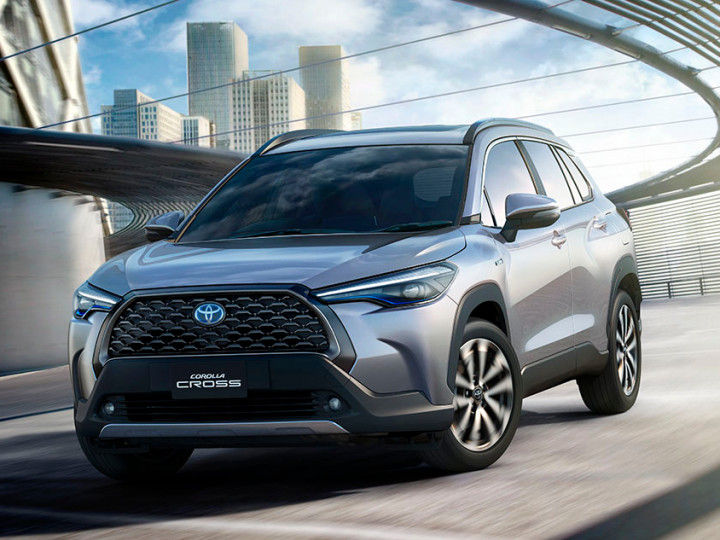 Most of you know the Toyota Corolla as a no-nonsense premium sedan. You might also have been in one and appreciated its comfortable cabin. The Corolla brand is well recognised across the globe and to take it to even bigger heights, the name tag has been introduced in an SUV. Meet the Corolla Cross, which has debuted in the Thai market.

The Corolla Cross is a compact SUV underpinned by Toyota’s TNGA (GA-C) platform. Its 4,460mm length, 1,825mm width and 1,620mm height puts it bang in between the Kia Seltos and the MG Hector.

The Corolla Cross looks bold yet clean and could cater to buyers of varied tastes. The bold grille, swept-back LED headlamps, and the muscular hood gives it presence especially when you view it head-on. The profile is neat and simple with dual-tone alloy wheels filling up the large wheel arches nicely. At the rear, the Corolla Cross looks simple with a pair of split LED tail lamps. In fact, its cleaner design could make you pick it over the C-HR, which features a funky coupe silhouette.

Step inside the Corolla Cross and you’ll notice that the dashboard design is identical to the latest Corolla. The highlight is the minimalist central console, which consists of a floating infotainment system and climate controls. Looks neat! Also, the unique Terra Rossa red interior shade is worthy of a special mention.

The two engine options offered with the Corolla Cross are a 1.8-litre petrol-only engine and a 1.8-litre hybrid. The petrol-only unit develops 140PS of power and 177Nm of torque. The hybrid unit, on the other hand, utilises a 98PS/145Nm 1.8-litre engine paired to a 72PS/163Nm electric motor. Combined, this powertrain puts out 122PS. A CVT is only the transmission choice for both powertrains.

Recently, Toyota discontinued the Corolla in the country owing to poor sales numbers and is planning to fill in the gap with an MPV, which will be co-developed with Suzuki. Could the Corolla Cross be on the cards? While its launch is not confirmed, we think Toyota could consider it for our market given that the compact SUV is one of the hot-performing segments in India. If launched, it will lock horns with the Kia Seltos, Hyundai Creta, and competitively priced mid-size SUVs like MG Hector and Tata Harrier.