A limited edition launch and some major unveils made headlines 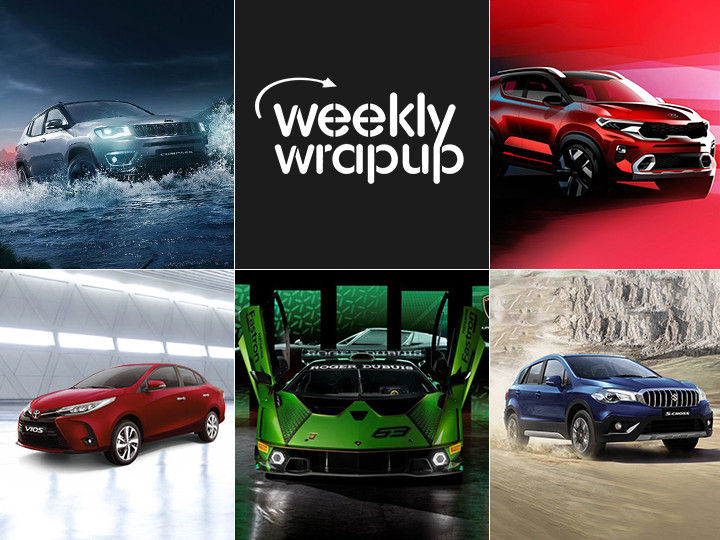 Over the past seven days, the four-wheeler industry has seen action all over the world. We had some exciting news from Sant'Agata Bolognese while an updated sedan was unveiled in the Philippines. Closer to home, we have two new updated SUVs. Here are the details of these top headlines:

Kia is furnishing us with more details about the Sonet as we inch towards its August 7 debut. The carmaker has released the Sonet’s official sketches and given us our first look at its interior.

Fancy a stealthy looking Jeep Compass? You might want to consider the recently launched Compass Night Eagle Edition. Based on the Longitude Plus variant, this edition packs plenty of black elements inside and out. There’s one big catch though.

Had your eyes set on the updated Maruti Suzuki S-Cross petrol? The manufacturer has revealed the variants and the colour options of the upcoming crossover ahead of its launch. Head here for expected prices and other details.

Last but not least, we have some exciting news from Sant'Agata Bolognese. The mad track-focused Lamborghini SCV12 that is super-exclusive has been unveiled. It’s the most powerful Raging Bull till date and has oodles of technical wizardry on board to make even an amateur feel like a veteran racer behind its wheel. Drool over it right here.