A teaser for a special edition model, a car launch and spy shots round off car news this week 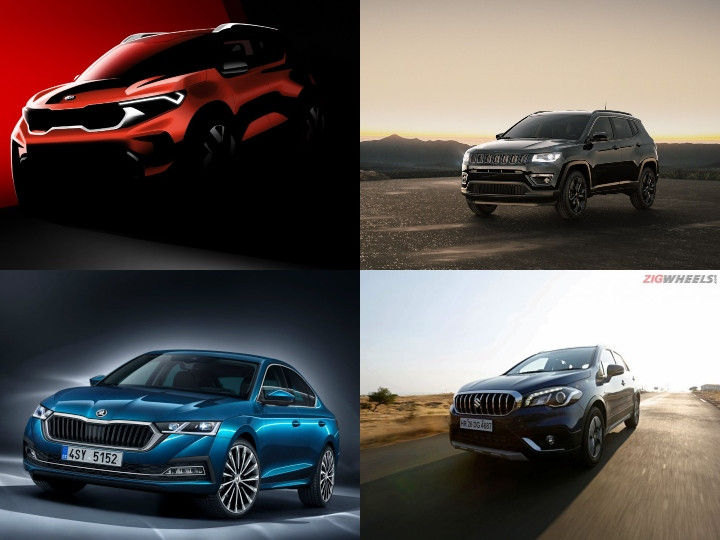 While the past week saw a plethora of car launches and global debuts, the last seven days has been a calmer affair. Jeep has teased a special edition of the Compass, whereas Hyundai launched the long awaited Venue with an industry-first clutchless manual along with a new sportier variant. Maruti Suzuki commenced bookings of the S-Cross petrol while Kia revealed design sketches of the Sonet ahead of its debut on August 7. Here’s more about them:

While we wait for Jeep to bring the facelifted Compass to India, the carmaker dropped a teaser image announcing that it will be introducing the Compass Night Eagle Edition in India very soon. Likely to sit above the Longitude Plus variant, the highlight of this Compass variant is the presence of blacked-out bits all around the SUV with some additional features expected. To know more about what to expect in the Jeep Compass Night Eagle Edition, head here.

Hyundai has continued to make improvements to the Venue as the carmaker has introduced an iMT transmission for it with prices starting from Rs Rs 10 lakh (ex-showroom). As the name suggests, it features Hyundai’s new clutchless manual iMT (Intelligent Manual Transmission) gearbox that is paired with the 120PS 1.0-litre turbo-petrol engine. Aside from this, Hyundai has also introduced a Sport trim along with other variant rejigs. For more details, head here.

As Kia Motors released a design sketch of the upcoming Sonet, we also spotted a production-spec test mule in minimal camo ahead of its debut on August 7. Thankfully, the test mule spied is quite similar to the concept, featuring the Tiger Nose grille flanked by sleek LED headlamps, a butch stance and connected tail lamps. Expect it to be loaded with features with some bits borrowed from the Seltos. For more details, head here.

Skoda Auto has begun testing the next-gen Octavia sedan in India with a test mule spied undisguised. The new Octavia will be heavily revamped from the outside with sharper styling and an increase in size. It is also set to feature connected car technology. It could be powered by 1.5-litre TSI and 2.0-litre TSI petrol engines. For more on when to expect the new Octavia and its expected pricing, head here.

As we head closer to the Maruti Suzuki S-Cross petrol’s August 5 launch date, the carmaker has commenced bookings for the petrol-powered SUV. Bookings can be made at either a NEXA dealership or its website for a token amount of Rs 11,000. It features the K-Series 105PS 1.5-litre petrol unit with mild-hybrid technology. Head here for more details.