A couple of car launches, price hikes and international unveils round off the first week of June 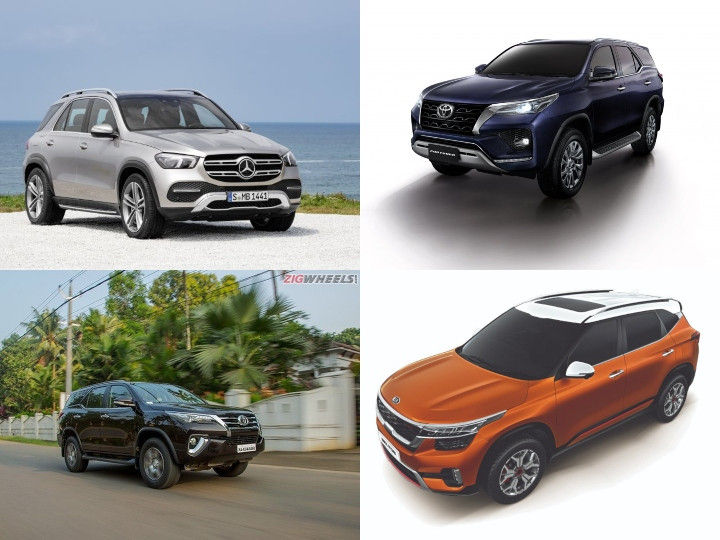 With things finally starting to go back to normal the first week of June has seen a couple of car launches, a model getting a price hike and two international reveals. Yes, it wasn’t as chaotic as the previous week, but it was still busy considering the slow recovery process. Here’s a closer look at what happened in the last seven days.

In response to increasing competition from the likes of the 2020 Hyundai Creta and updated Nissan Kicks, Kia has given the Seltos a variety of features additions for all its variants as well as a price bump. Priced from Rs 9.89 lakh (ex-showroom) onwards,  some of the new features include remote engine start stop (using key fob), voice command-based feature activations and a new dual-tone colour option. Some of the top end variant features are now offered in lower ones too. To know more about what’s new in the Kia Seltos, head here.

After its launch in January early this year, Mercedes-Benz has now added a petrol GLE 450 variant at Rs 88.80 lakh and a GLE 400d variant at 89.90 lakh (ex-showroom India). Both are CKD units and are positioned between the base 300 d and the top-spec 400 d Hip Hop Edition. While the 400d retains the same diesel mill as the Hip Hop Edition, the 450 is powered by a BS6-compliant 3.0-litre petrol mill that develops 367PS and 500Nm. Both variants share the same equipment and don’t miss out on too many features compared to the Hip Hop variant. Head here to know the differences.

Remember when Toyota rolled out the BS6-compliant Fortuner back in February without a premium? Well that didn’t last long as the carmaker has hiked prices of all the Fortuner variants by  Rs 48,000. Everything else on the Fortuner including its engines, design and feature list remain the same. To know more about the Fortuner head here.

While India received a price hike on the current Fortuner, a mid-life update of the butch SUV made its debut in Thailand. It not only gets sharper exteriors and a sportier variant, it also gets feature updates and more power out of its 2.8-litre diesel engine. For more on what’s different about the Fortuner facelift, head here.

The other India vehicle to get a mid-life refresh overseas is the Jeep Compass. But compared to the Fortuner facelift, cosmetic changes are minimal. The most noticeable one being new alloy wheels. The main changes are under the skin, with a new ‘Uconnect Services’ infotainment system with connected car tech, powered front passenger seats and an Alpine audio system. In terms of powertrains, it now gets a new 1.3-litre turbo-petrol engine that’s offered in two states of tune. To know more about the updated Jeep Compass, head here.