Tata’s flagship SUV will be based on a new ‘Omega ARC’ platform. Boy, are we in for a treat! 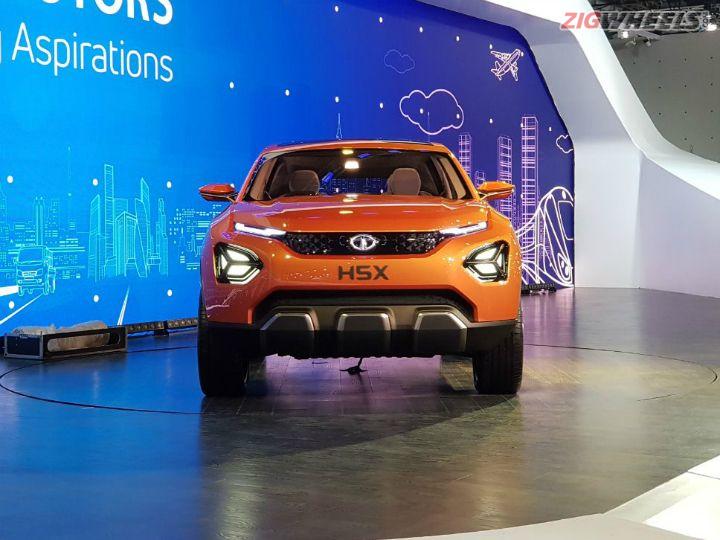 If you are a fan of Tata SUVs, you are going to love this one. Tata’s latest SUV, the H5X, was unveiled today at the ongoing Auto Expo 2018 in Greater Noida. Though it’s still in its concept avatar, we can safely say that the production version is going to be one heck of a looker. The H5X is based on Land Rover’s L550 platform that also underpins the Discovery Sport.

Naturally, the H5X resembles the Discovery Sport. However, that’s where the similarities end. The best element of the design has to be the rear windows. The rear three-quarter window kinks up and goes all the way to the rear windshield. The rear gets sleek, smoked tail lamps along with a roof spoiler. At the front, the slim headlamps and the grille echo the new Impact 2.0 design language. The housing for the fog lamps looks like the logo of the unity game engine. If the production version looks anywhere close to the concept, it’s going to score a lot of brownie points from SUV enthusiasts across the country.

We haven’t had a chance to look inside the H5X, but expect it to be as radical as the exterior.

The H5X is expected to be powered by a Fiat-sourced 2.0-litre MultiJet II diesel motor. This is the same motor that powers the Jeep Compass and is capable of producing 170PS of power and 350Nm of torque. Expect Tata to offer the SUV with both manual and automatic transmissions in two-wheel drive and four-wheel drive configurations.

Tata will most likely position the production version of the H5X above the current flagship, the Hexa.