Tata Gravitas Launch Around The Corner

After a long delay due to COVID-19, the Harrier-based SUV looks set for an early-2021 debut 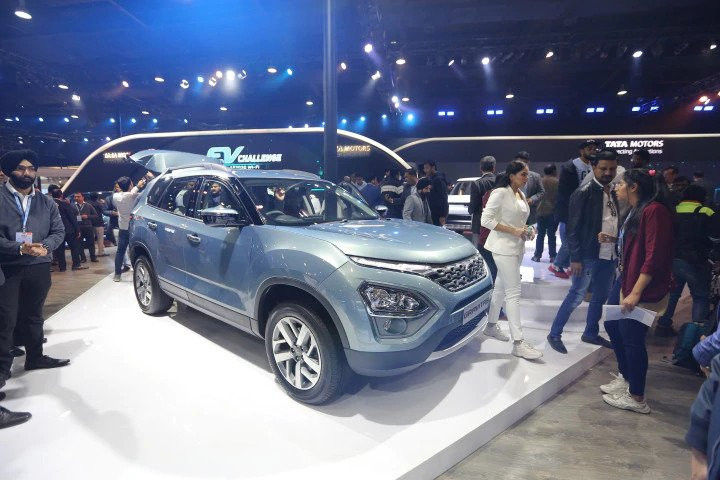 One of Tata’s showstoppers at Auto Expo 2020 back in February was the Harrier-based Gravitas SUV. Debuted as a pre-production model, it was originally expected to go on sale in India around April 2020, but that was before the pandemic. Now, the production-spec model is set to be unveiled by January end and could be launched around early February 2021.

We already know from the near-production spec model showcased at the Expo that the Harrier and Gravitas are similar up front but that’s where the similarities end. Head over to the sides and you’ll see the stepped roof and upright tail gate to accommodate the third row. It is 63mm longer and 80mm taller than the Harrier, but is just as wide, at 1,894mm, with the same 2,741mm wheelbase despite the third-row bench. Recent spy shots also showcased a dark blue shade that’s not on offer with the Harrier. It is likely to offer a 6-seater setup with captain seats or a 7-seater layout with bench seats.

Heading inside, the dashboard is a straight lift from the Harrier, aside from a lighter black-beige colour scheme. It also gets an electronic parking brake with auto-hold that’s not offered in the Harrier. Expect features from the Harrier like an 8.8-inch touchscreen infotainment system with Android Auto and Apple CarPlay, a 7-inch multi-info instrument cluster, a JBL sound system, powered driver’s seat, drive modes, climate control, and steering-mounted audio controls. Safety features comprise six airbags, ABS with EBD, rear parking sensors with camera, and traction control.

Under the hood, it will be powered by a 170PS/350Nm 2.0-litre diesel engine with 6-speed manual or  6-speed torque converter gearbox options. A 1.5-litre turbo-petrol engine could also join the lineup later.

Expect the Tata Gravitas to retail at a premium of around Rs 1 lakh over the Harrier priced from Rs 13.84 lakh to Rs 20.30 lakh (ex-showroom). It will go up against the likes of the MG Hector Plus and the upcoming next-gen Mahindra XUV500.