The Tata Altroz Has Top-Selling Premium Hatches In Its Crosshairs 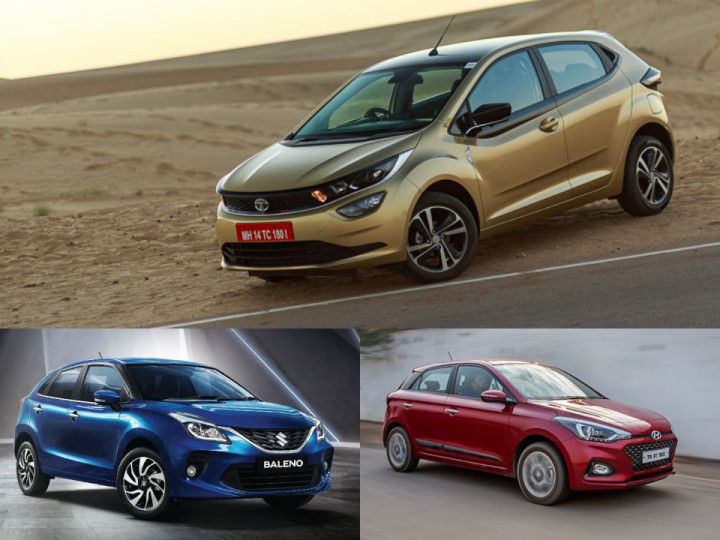 Tata launched the Altroz on January 22, and we’ve already driven it. The first premium hatchback from Tata is ready to go up against established nameplates like the Maruti Suzuki Baleno and the Hyundai Elite i20. We’ll know the finer differences and nuances when we put the cars head-to-head in our comparison review, but here’s how the hatches match up on paper:

The Altroz is longer than the i20 and slightly shorter than the Baleno, but it has the shortest wheelbase of the lot. However, it also has the biggest boot at 345 litres in volume. It is the widest of the three cars and also the tallest. Cabin space isn’t a problem for either of these cars.

Petrol engines in sub-4m cars have to be 1.2-litres in displacement or less. These naturally aspirated 1.2-litre engines have similar power outputs. The Baleno’s optional Dual VVT engine triumphs with its 90PS power figure. Although it makes 4PS less than the Baleno, the Altroz produces its torque lower down in the rpm range. You’ll have to wait for our road test comparison to hear its effects on drivability and acceleration times. The Altroz misses out on an automatic variant.

Maruti Suzuki’s 1.3-litre engine is the smallest of the lot, so it makes the least amount of power and torque. Hyundai’s engine has 101cc less displacement but makes more torque. Altroz makes less torque but lower down in the rpm range. It also continues to provide 200Nm of punch until 3000rpm, higher than the i20. The Hyundai gets a 6-speed manual transmission which makes it an excellent highway companion. Unfortunately, the days of both the Baleno and i20 diesel are numbered since they won’t be updated to BS6. The Altroz is the only BS6 diesel here.

Maruti takes pride in its simplicity, but the Altroz is a 2020 tech package. It is on par with the famously well-equipped Elite i20, but wins with its rear fog lamps and rain-sensing wipers.

The Altroz recently received 5 stars from Global NCAP for adult occupant safety and three stars for child occupant protection. However, the agency hasn’t tested the other two cars yet. The Elite i20 is offers 6 airbags in its top-spec trim.

The Altroz undercuts both cars for base petrol prices. It is Rs 30,000 less expensive than the Baleno and is priced Rs 24,000 lower than the Elite i20. The story is the same for the top-spec petrol manual transmission cars. Both the i20 and the Baleno offer CVT automatic options.

As for diesel variants, the Altroz is more expensive than its rivals in the base trim. The higher prices are likely due to the Altroz’s BS6 powertrain. The Baleno and i20 diesels will not survive the April 1, 2020 deadline. While the Baleno diesel is unlikely to be updated, we might see the Elite i20 with a BS6 oil burner, albeit at a higher price.

In a world where appearances trumped every other aspect, the Altroz would be queen. The other cars have an attractive and coherent aesthetic as well, but the Altroz was designed to be striking. It is commodious and its power figures are on par with the segment. The 5-star Global NCAP rating is another feather in Tata's cap. As for prices, the base Altroz undercuts the other two cars. Post-BS6, the Altroz could have an upper hand with its BS6 diesel engine, too. We hope to pit these cars against each other in the real world soon. Watch this space for updates.