The recently unveiled Superb facelift is headed for India. We tell you what to expect from it 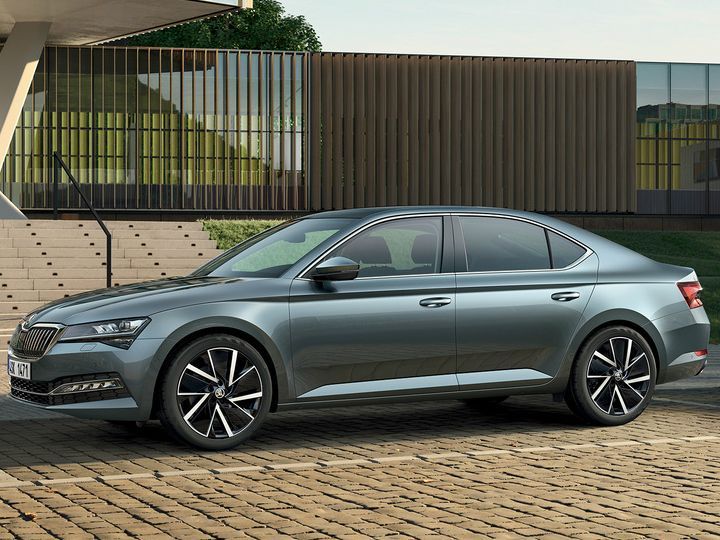 Skoda’s flagship sedan, the Superb, recently got a facelift and a new plug-in hybrid powertrain. It also gets a new Scout variant, which is basically a more rugged version of the Superb sitting on stilts with an estate body. Scheduled to launch in mid-2020, this is the first major update for the flagship sedan since its unveil in 2015. The Superb facelift gets plenty of design updates and tech updates which includes a connected infotainment system. Read on to know what the Superb facelift packs in.

While the silhouette remains the same, the Superb facelift gets plenty of new elements to make it look fresh. These include a new set of sleek headlights which merge into the grille. It can also be optioned with Matrix LEDs, which is a first for Skoda. The front end also gets a new bumper with a set of sleek LED fog lamps housed in it. Moving on to the side, changes are limited to the new dual tone alloy wheels. At the rear, the Superb facelift gets a new set of split LED tail lamps which are connected by a thin chrome strip. The tail lamps also feature dynamic turn indicators a la modern Audi cars. Skoda has also ditched the logo at the rear and has decided to space out the “Skoda” nomenclature, just like it is on the Scala premium hatchback.

While there is very less in terms of interior design updates, the Superb facelift gets a feature update. The car comes fitted with analogue dials, with an option to upgrade to a 10.25-inch virtual cockpit. Apart from that, the Superb gets an 8-inch infotainment system with an option to upgrade to a 9.2-inch system. Upgrading to the latter will also get you the virtual cockpit as standard. Both these systems feature an embedded SIM thanks to which connected features like online navigation and live traffic updates are enabled. The Superb facelift also gets SmartLink that displays certain apps from your phone on the head unit using Android Auto, Mirrorlink and wireless Apple CarPlay. Other gizmos include cruise control, three-zone climate control, ambient lighting, sunroof, parking assist and more as seen on the current car.

The talking point here is the plug-in hybrid drivetrain, which is a Skoda first. Christened the Superb iV, it combines a 1.4-litre TSI petrol motor and an 85kWH electric motor to churn 218PS. The carmaker claims that the Superb iV can run 55km on pure EV mode while the combined range stands at 850km. Fueling the electric motor is a 37 Ah battery which can be juiced up to 80 percent in three-and-a-half hours using Skoda’s wall charger.

There’s some disappointing news for those eagerly waiting for the Superb iV, though. Zac Hollis, Director, Sales and Marketing of Skoda India, stated in a recent interview that the carmaker is not planning for hybrids as they are not a top priority for India.

Apart from the hybrid powertrain, the Superb facelift can be had with a choice of petrol and diesel motors. The petrol options include 1.4-litre, 1.5-litre and 2.0-litre TSI motors while the diesel can be had with 1.6-litre and 2.0-litre TDI engines. Producing an output ranging from 150PS to 280PS, you can have the Superb with a 6-speed MT, 6-speed AT or a 7-speed AT.

Superb Scout? What Is That? Is It Coming Here?

The Superb Scout is basically a more rugged variant that sports an estate-esque body and sits on stilts. It can be had with a 2.0-litre TDI or a 2.0-litre TSI motor in the highest state of tune, with all-wheel-drive as standard to take on the rough stuff.

All these sound exciting, but is it coming to our shores? Well, we don’t have a definitive answer.