Is Skoda India Working On A Cleaner And Greener Rapid? 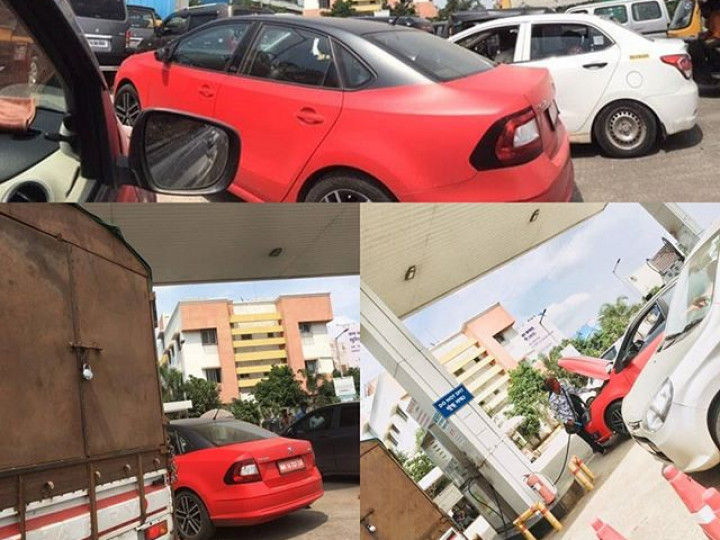 Spy shots of a Skoda Rapid test mule refuelling at a CNG pump has surfaced online, giving rise to speculation that the sedan could soon get a CNG variant in the country.

Speaking to ZigWheels, Zac Hollis, Director of Sales and Marketing at Skoda India, had already mulled about CNG cars being a possibility for India back in 2019. Zac also added that Skoda will  introduce CNG powered cars when the government expands the CNG network in the country.

Coming back to the Rapid CNG, its 1.0-litre TSI engine supports CNG (dubbed the TGI) and is found in many VW-Skoda cars sold in Europe. It's low on power when compared to the petrol-only version. For instance, the Euro-spec Polo 1.0-litre TGI engine puts out 90PS, a full 20PS less than the 110PS TSI petrol engine. But the main advantage will be its fuel efficiency and cheaper fuel cost. The Polo has a 13.8kg CNG tank and it can cover a WLTP-claimed 368km on pure CNG mode. Naturally, there’s a petrol-only mode to help you when you’re low on gas.

We expect the specifications of the Rapid CNG to be similar to the Polo. It could appeal to those who want a more fuel efficient and cleaner sedan. This will be a factory-fit technology and that means more peace of mind than an aftermarket CNG kit. That said, the Rapid CNG has to face one big hurdle: CNG’s negative image as it’s mainly used by commercial vehicles.

The Rapid CNG’s market introduction is yet to be determined, but Skoda could have the first mover’s advantage in the compact sedan segment. The Volkswagen Vento, its badge engineered cousin, could also come with this fuel efficient technology. Naturally, expect the Skoda Rapid CNG to command a slight premium over its petrol-only offering, priced from Rs 7.49 lakh (ex-showroom).