With over 90 years of heritage, the Phantom VIII has some massive shoes to fill. To add to the pressure, it will be unveiled among the greatest Phantoms ever built 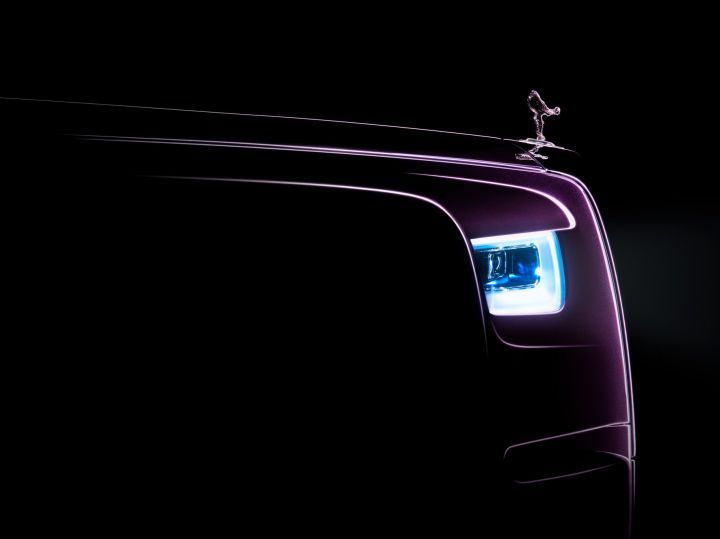 Back in February, Rolls Royce bid farewell to the Phantom VII with a special edition. Though a special edition RR is not exactly something to talk about, this version marked the end of the seventh generation model’s 13-year production run. Goodwood-based Rolls Royce, now owned by BMW, has teased the eighth generation Phantom for the first time. The luxury carmaker also announced that the Phantom VIII will make its first public appearance at ‘The Great Eight Phantoms’ event at Bonhams in Mayfair, London on July 27, 2017.

Unlike you lot reading this, the Phantom is now over 90 years old! Though it's really hard to comment on how different the new luxury sedan will look like compared to the VII from the teaser image, we do know that the new flagship will be based on an all-new aluminium spaceframe. The new platform will also underpin the upcoming Rolls Royce SUV, codenamed the Cullinan, and the next-gen Ghost, Wraith and the Dawn. The new platform will be lighter than the current one and promises to make the Phantom a lot more agile and quicker than the one it replaces. But you don't really buy a Phantom to go fast, do you? Hence, it is safe to assume that all the weight saving measures would give Rolls Royce the leverage to add more tech, wood and leather to the car to make it even more luxurious than before, something that wouldn’t go unnoticed by RR’s clientele.

For us petrolheads though, it still remains a mystery if Rolls Royce will continue to use the 6.75-litre V12 of the current Phantom or instead use a smaller turbocharged engine with or without hybrid technology to save the Polar Bear. This time around, the Phantom is also expected to be equipped with a 4-wheel steering to make the mammoth-sized luxury barge easier to manoeuvre.

Coming back to the unveiling, the event is called ‘The Great Eight Phantoms’ and will showcase the greatest eight Phantoms from the last 92 years. The latest addition to this lineup includes Queen Elizabeth II’s Phantom VI State Limousine. It dates back to 1977 when UK's Society of Motor Manufacturers and Traders gifted the Queen her new official State Limousine, a custom-built Phantom VI, to mark her Silver Jubilee. There’s no doubt that this event will be a grand affair, but while there will be legends from the Rolls Royce family, our eyes will be pinned to what will definitely be called the ‘Most Luxurious Car In The World’.