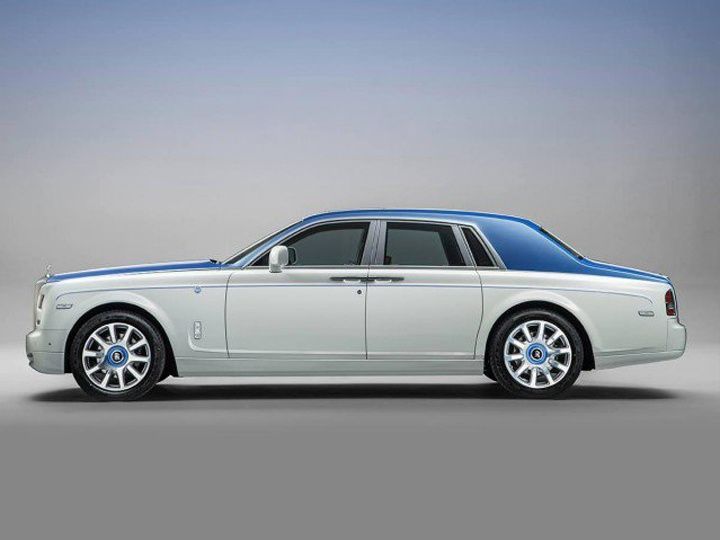 Rolls-Royce may be considered as an ultimate fantasy of luxury and opulence on wheels by many. The British car marque has decided to reinstate this belief of car enthusiasts with the launch of its new one-off model - the Rolls-Royce Phantom Nautica Edition.

Designed by the Rolls-Royce Motor Cars Bespoke Design team the luxury new one-off model takes inspiration from classic luxury yachts. The one-off model comes draped in Orchid White paint scheme which runs across the sides of the car while an Arabian Blue paint job adorns the bonnet, roof pillars and rear portion of the car. The 2016 Rolls-Royce Phantom Nautica Edition rides on a custom set of wheels combining silver spokes with a number of blue accents.

The interior exudes a premium feel with the dashboard gaining the Tudor Oak veneer with Boxwood inlays, while the seats feature a Forest Fall leather upholstery with Navy Blue piping. The one-off edition is equipped with a custom-designed vintage-looking compass that is stored in a drawer built into the dashboard. The 2016 Rolls-Royce Phantom Nautica Edition also comes fitted with satellite navigation for the sake of practicality.

Mechanically, the car remains unchanged and receives the same 6.75-litre V12 engine that churns out around 460PS of power and a staggering 720Nm of torque. The engine is mated to an eight-speed automatic transmission that allows the car to sprint from 0-100kmph in less than six seconds.

The British car marque hasn’t revealed the price tag of this car and also who ordered this one-off Nautica edition.