Will be placed between the Evoque and the Range Rover Sport; deliveries to begin from end of January 2018 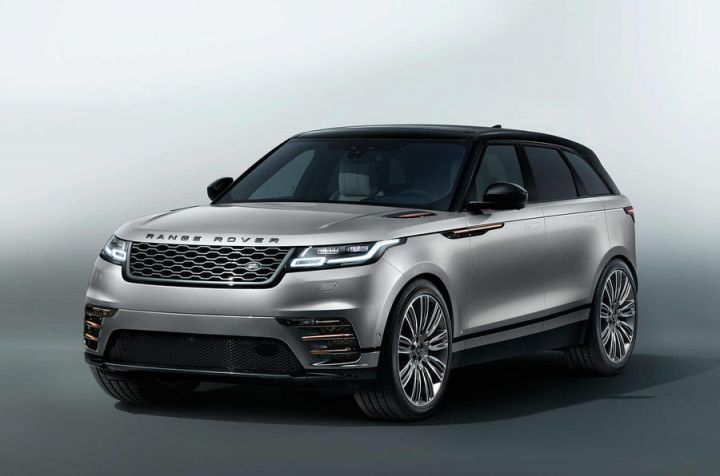 Land Rover has announced the prices of its upcoming SUV, the Velar, for India. The fourth SUV from the Range Rover family has been priced from Rs 78.83 lakh. It sits between the Evoque and the Range Rover Sport and deliveries are set to begin from the end of January 2018.

Let’s take a look at what each variant of the Velar costs first:

The Velar, as mentioned before, plugs the gap between the Evoque and Range Rover Sport. It is based on the same aluminium-intensive platform that also underpins the Jaguar F-Pace. Being a Range Rover, expect it to be luxurious and more capable off-road than its rivals from BMW, Audi and Mercedes-Benz.

If there’s one word that describes the Velar, it has to be “smooth.” Unlike SUVs from the Land Rover… er…range, the Velar prioritises style over pure off-road capability. It has a silhouette that looks quite fast, with a rising belt and a falling roof line. Both the front and rear windshields are steeply raked. The surface of the body is devoid of cuts and slashes like other Range Rovers and looks as smooth as a baby’s bottom.

If the exterior seems impressive, wait till you step inside the Velar’s cabin. The leathered dashboard and sparse ornamentation give the Velar's cabin a cool and clean look. The centre console gets two edgeless touchscreen units along with a set of knurled knobs for various controls. The display on top has been reserved for entertainment, navigation, communication and the lot. The Terrain Response system, climate control operations and massage functions have been moved to the lower screen and makes for a much saner layout. Additionally, the driver gets a TFT instrument display along with a head-up display. Audiophiles out there will be pleased to know that the Velar will be available with the brilliant Meridian sound system as an option.

Jaguar-Land Rover will offer three powertrain options with the Velar in India. Let’s talk about what could be the most popular choice first - the 2.0-litre, 4-cylinder diesel. In the UK, this engine is available in two states of tune - 182PS and 243PS. JLR will bring the less powerful version to India. If you want a petrol SUV, you could go for the Velar with the 2.0-litre, 4-cylinder petrol instead. This motor too is available in two states of tune. However, we will only get the less powerful 253PS version.

If you are looking for a fast yet efficient engine that is ideal for touring across the country, then go for the more powerful 3.0-litre, V6 diesel engine. With a tad over 300PS on tap, expect it to be super quick. All engines will be mated to an 8-speed automatic gearbox.

What Are My Other Options?

Well, within the Range Rover brand, you can opt for the older Range Rover Sport, prices for which start at Rs 93.82 lakh for the 3.0-litre diesel S variant and goes up to Rs 1.36 crore for the 4.4-litre diesel HSE variant. Other options include the Land Rover Discovery, the Mercedes-Benz GLE Coupe, Porsche Macan, the Jaguar F-Pace and the base variants of the Mercedes-Benz GLS.