It will be powered by a 90PS 2.6-litre diesel engine mated to a 5-speed MT 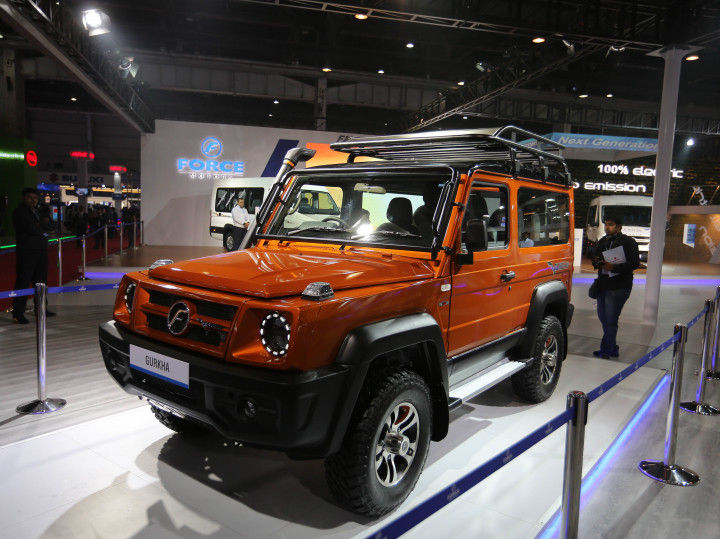 If you’ve been patiently waiting for the new Force Gurkha since the Auto Expo 2020, here’s some good news. The four-seater off-roader is likely to launch during the festival season in October. No longer a barebones off-roader, the SUV gets some additional bling.

Debuting at the Auto Expo 2020, the Gurkha was set for a July launch before the global pandemic disrupted Force Motors’ plans. Fortunately, the carmaker is now preparing for a festive season launch. What makes things more interesting is that its rival, the upcoming Mahindra Thar, will also hit the market around that time. Excited to see which one comes out on top?

At the expo, the Gurkha sported a few cosmetic updates including optional LED headlights, redesigned front grille, and updated bumpers at both the front and rear. In profile, the Gurkha gets redesigned body panels, but the overall design remains pretty much the same. The new-gen model rides on 245/70 R16 alloy wheels. The 2020 Thar does get one up on the Gurkha with its bigger 255/60 R18 alloys.

A 2.6-litre diesel engine powers the Gurkha producing 90PS. It is mated to a 5-speed manual transmission with (like its predecessor) a low-range transfer case. The independent suspension setup in the front coupled with the rigid-rear axle arrangement, another layout borrowed from the previous model, adds to the Gurkha’s off-road credentials.

The Gurkha may be a tad fancier, but make no mistake, it still loves the dirt. It is expected to be priced around  Rs 13 lakh with just a single variant on offer. The four-seater rugged SUV from Force will provide stiff competition to the Thar, especially considering the proximity of both the icons’ launch dates.