The MG Gloster Is Already Out There Doing Test Runs

The SUV will rival the Ford Endeavour, Toyota Fortuner, and Mahindra Alturas G4 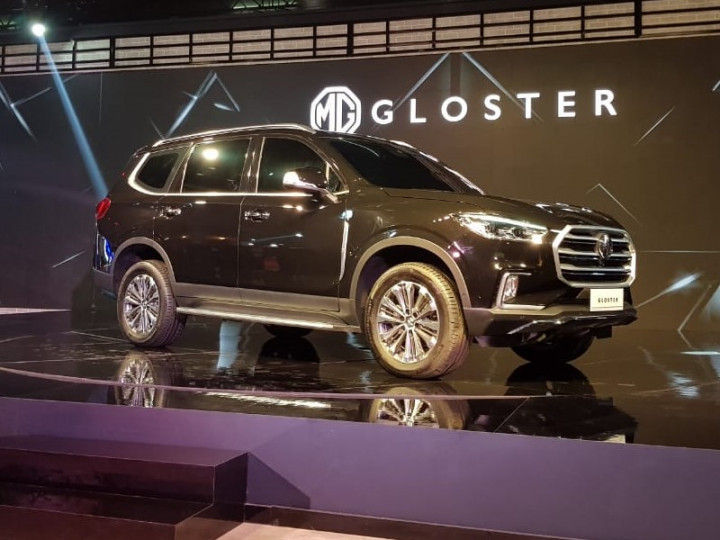 MG India started its operation with the Hector followed by the all-electric ZS EV. Now, the carmaker is planning to up the game with the Gloster, which is aimed squarely at the Ford Endeavour, Toyota Fortuner, and the Mahindra Alturas G4. First showcased in India at Auto Expo 2020, the Maxus D90-based SUV is expected to be launched in India by October 2020. Now, it has been spotted testing on our roads ahead of its launch.

In the meantime, we also got a glimpse of the Gloster’s cabin. Now, we’ve spotted a white Gloster on test runs. Unlike the SUV showcased at the expo, the test mule had different blacked-out wheels and quad exhaust tips. Other noticeable bits are roof rails and black cladding throughout the body.

The cabin is expected to be similar to the Maxus D90. An all-black cabin with silver accents and a flat-bottom steering wheel are some of the highlights. MG is expected to offer a host of features like a panoramic sunroof, 12.3-inch infotainment system, cruise control, connected car technology, Android Auto and Apple CarPlay, dual-zone climate control, ambient lighting, ventilated seats, six airbags, ABS with EBD, front and rear parking sensors, and a rearview camera.

The MG Gloster is likely to be powered by a 2.0-litre diesel engine good enough for 215PS and massive 480Nm of twist. Transmission duties will be taken care of by an 8-speed automatic gearbox. The Maxus D90 is also sold with a 2.0-litre (224PS/360Nm) petrol engine in markets abroad.

October 2020 is what you should be looking forward to if you’re waiting for the Gloster. As for the pricing, we expect it to start from around Rs 28 lakh.