On The Cards: Three New Electric Scooters From Komaki

Actually, one of them is an electric monkey bike 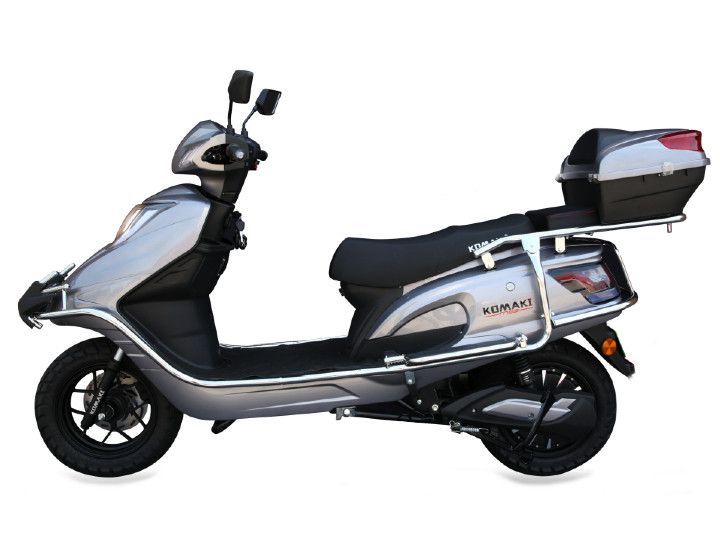 Electric two-wheeler manufacturers are popping up by the dozen. There are so many small players in the market today, with each one dreaming of making it big. One of them is Komaki, an automotive ancillary part supplier that created its own electric division in 2016.

The brand has ventured into the high-speed electric scooter segment with three new products -- the conventional-looking TN95, the sporty SE, and the monkey bike M5. Prices for the said products have not been revealed yet, but you can expect the launch sooner than later.

The TN95 is one mahoosive scooter. No, we aren’t exaggerating, it is incredibly long. At 2,020mm length, the TN95 is 60mm longer than the Aprilia SXR160. Part of the reason for its massive size is the ridiculously large top box.

Moving on to something sporty and stylish. The SE’s design is familiar. We have seen quite a few China-rebadged look-alikes in the market, all of which have their styling from the Honda Dio, well almost.

Lastly and the most interesting one of the lot is the M5 monkey bike. Think of it as the electric version of the Honda Navi. It gets some pretty high-spec components like a USD fork and disc brakes at both ends. It should make for a fun city runabout.

Each one has a removable lithium-ion battery that enables the scooter to go for 100-120km on a single charge. Top speed is around 90kmph for all.

We expect some news from the brand regarding the prices of these high-speed offerings soon enough. So, stick around on ZigWheels.com.