Can the Seltos’ attractive price tag work against its rivals who have a high recognition in the market? 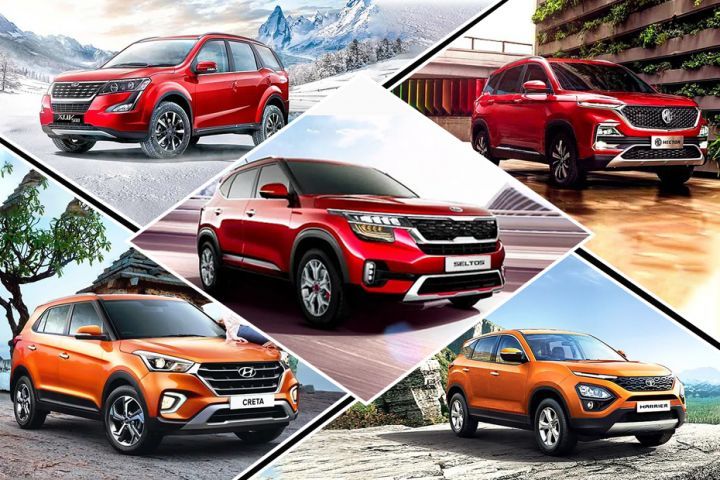 After much anticipation, Kia has launched the Seltos in India at a starting price of Rs 9.69 lakh. It has the right ingredients for success and is loaded with features and has a plethora of engine and transmission options. But are all these enough to take on its well established rivals which include the larger and equally feature-packed MG Hector, the brawny Tata Harrier, the no-nonsense Creta and the good old XUV500. Let’s find out.

Size is not the Seltos’ forte. While it may be marginally bigger than the Creta, which is the smallest, it lags behind the rest by a huge margin. If you like your SUV to be big and burly, the Hector, Harrier and XUV500 better fit the bill as they are the longest, widest and tallest respectively. This also reflects in interior space as the big three are the most comfortable in terms of leg room and have good amount of width in the rear as well. That’s not to say the Seltos and Creta are bad as they can occupy two six footers behind each other.

The Seltos comes with a 433-litre boot which betters the bigger Harrier by a small margin. But the MG Hector has the biggest boot here. The XUV500 is the sole seven seater in this test and with all three rows up, it has the smallest boot. But the XUV500 has a reasonably sized 475-litre boot if you intend to use it as a five seater. The Creta has the smallest boot in this lot.

The above table makes it clear that Kia is playing its card on the feature list. Just like its rivals, the Seltos comes with features like cruise control, climate control, rear AC vents, touchscreen infotainment system with Apple CarPlay and Android Auto, keyless entry and push button start.

The Seltos additionally offers a rear sun blind and a head-up display which are first in segment. It also shares some features with the Creta like the wireless phone charger and ventilated front seats. Powered driver’s seat is also available with the Seltos, Creta, Hector and XUV500 while the MG offers this for the passenger side as well.

The Seltos and Hector are also the only ones to come with ambient lighting in various colours, reclinable rear seat and connected-car tech as well.

All five models come with a sunroof which we Indians love. The MG Hector has a panoramic unit while the Harrier’s sunroof is a dealer-level fitment that can be had on any variant. And while the Harrier comes with all the necessities one requires, it is the least equipped in this bunch.

It must be mentioned that the Seltos, Harrier and Hector are the only ones that come with premium sound systems.

Apart from that, the Harrier and the XUV500 are the only ones to come with hill descent control. The Seltos also packs in a blind view monitor which feeds a live stream from the left-side camera in the ORVM to the multi-info display when the left indicator is activated.

The Creta has the least amount of safety features on board.

The Seltos has the smallest and least powerful diesel engine here. It develops 115PS of power and 250Nm of torque and lags behind the

by a full 13PS and 10Nm. The bigger models come with larger displacement engines equating to more power. The Hector and Harrier share the same 2.0-litre engine but the MG produces 170PS while the Tata develops 140PS. Both engines produce the same 350Nm of torque. The XUV500 has the largest engine in this bunch and makes the most amount of torque here.

All SUVs come with a 6-speed manual as standard. But if it’s an automatic option that you desire, your options are limited to the Seltos, Creta and XUV500.

In terms of fuel efficiency, the Seltos’ smallest engine proves to be the most fuel efficient one here. It is followed by the Creta, MG Hector, Tata Harrier and at last, the Mahindra XUV500.

The Seltos comes with two petrol powertrain options - a 1.4-litre turbo and a 1.5-litre naturally aspirated unit. The 1.4-litre turbo petrol develops 140PS, which is almost the same as the MG Hector and Mahindra XUV500. Torque figures, though close to the MG, is far behind the XUV500, which has class leading figures. The Creta’s 1.6 litre and the Seltos’ 1.5-litre unit are the only naturally aspirated engines in this bunch and lag behind its turbo charged peers by a considerable margin.

Unlike their diesel siblings, all the petrol models can be had with an automatic gearbox. But surprisingly, the XUV500 petrol doesn’t come with a manual gearbox.

Kia has absolutely nailed it with the Seltos’ pricing. At Rs 9.69 lakh for the entry-level variant, the base-spec Seltos is by far the cheapest compact SUV one can buy right now. Its top-spec variant too undercuts its rivals (except the Creta) by a huge margin. On top of that eight trim levels, the lengthy feature list and plethora of engine and transmission options mean there is a Seltos for everyone. Kia seems to have a winner on its hands.