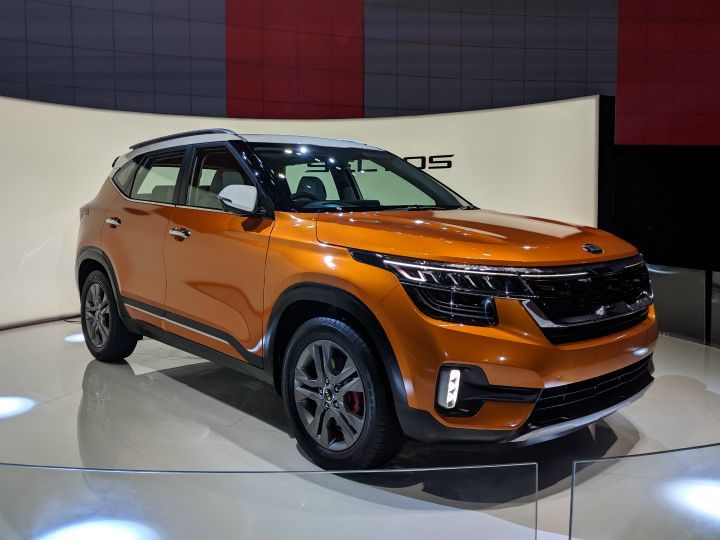 The much anticipated Kia Seltos compact SUV has finally been unveiled in the country. Going by the first glimpses, the Kia Seltos looks well prepared to take on compact SUVs and crossovers such as the Hyundai Creta, Maruti Suzuki S-Cross as well as the Renault Captur and Nissan Kicks as it packs three engines and four transmission options. Although we knew that Kia would offer three engines, their detailed specifications were not known. However, we now have more information about the engine options as well as their power figures.

Starting with the diesel unit, Kia will offer a 1.5-litre motor which will make around 115PS of power. This engine is also expected to make more torque than the Hyundai Creta’s 1.6-litre diesel (127PS/260Nm). The petrol motor will also be a 1.5-litre unit that will push out around 115PS. The 1.4-litre Turbo GDI engine, on the other hand, is expected to churn out an impressive 140PS and 242Nm of torque. This engine, however, is likely to be offered only in the top-spec GT-line variant. All three engines will be BS6-compliant.

Kia has decided not to use its sister brand Hyundai’s 1.6-litre diesel engine and instead opt for a new 1.5-litre unit in order to save on taxes. Cars with diesel engines displacing more than 1500cc are levied 48 per cent GST while engines below 1500cc get a rebate with a GST rate of 45 per cent. With this move, Kia will be able to price the SUV aggressively.

If our memory serves us right, the Kia Seltos is the only car in India to offer four transmission options. There is a gearbox option for everyone and it is safe to say that customers will be spoilt for choice. There is a 6-speed manual, 7-speed dual clutch automatic (DCT), a CVT as well as a 6-speed torque converter. Here are the engine-transmission combinations that will be on offer:

1.5-litre petrol with either the 6-speed manual or CVT.

The next-gen Hyundai Creta, which is expected to be launched in 2020, is also expected to use the same BS6-compliant engines. Hyundai is also likely to replace the 1.4-litre and 1.6-litre petrol and diesel engines that powers its Verna and Elite i20 with the new ones from Kia.

Despite its premium features and engine-transmission options, we expect the Seltos to be priced aggressively as Kia has heavily localised it. The Korean brand will have 265 touch points across 160 cities in India when it commences its operations in the coming months. The Seltos is expected to be launched by September with prices ranging from Rs 10 lakh to Rs 16 lakh (ex-showroom pan-India).

Kia Takes The Wraps Off The US-Spec Seltos and...