Dubbed as the baby Kodiaq, the Kamiq gets split headlights and a crossover design 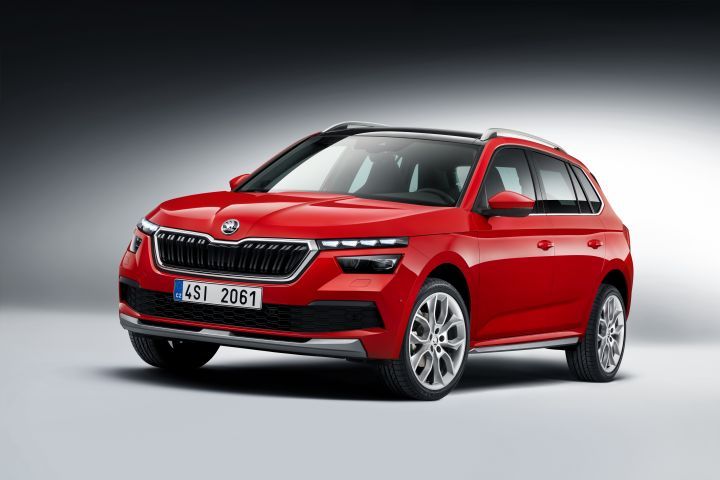 Skoda revealed the first sketches of its all new compact SUV called the Kamiq last month. And after several spy shots did rounds on the internet recently, the Czech carmaker has now officially unveiled the baby Kodiaq in all its glory. Slated to be launched at the upcoming Geneva Motor Show next month, the Kamiq is based on the VW Group’s modular MQB A0 platform.

With a crossover like footprint, the Kamiq gets fresh styling while carrying forward the Kodiaq’s design language. With sharp lines and LED daytime running lights that sit above a sleek, split headlight setup, the urban crossover has an attractive front fascia. At the rear, the crossover gets similar tail lights as the recently revealed Skoda Scala, which also feature dynamic turn signals like more premium Audis.

With a length of 4241mm, width of 1793mm and a height of 1531mm, the Kamiq will likely be spacious on the inside as well. It gets a wheelbase of 2651mm and a boot capacity of 400 litres. In terms of sheer size, the Kamiq is at par with the Hyundai Creta and slightly smaller than the Jeep Compass.

All these engines can be had with a 5-speed manual,a  6-speed manual or a 7-speed DSG gearbox. In India however, Skoda is likely to offer the Kamiq with the current engine lineup which consists of a 1.6-litre naturally aspirated petrol and a 1.5-litre TDI diesel engine. Though, the company could even introduce the 1.4 TSI from the Octavia lineup to the Kamiq as well. Transmission options will include 5-speed and 6-speed manuals along with 6-speed and 7-speed DSGs.

Inside, the Kamiq features the Skoda’s Virtual Cockpit digital instrument cluster with a massive 10.25-inch screen. As for the infotainment system, the Kamiq gets varying screen sizes (6.5-, 8- or 9.2-inches) depending on the variant. The cabin design is pretty similar to the one we saw on the Scala. It also gets a host of safety features and driver assists like adaptive

The Kamiq will be revealed to the world media at the upcoming Geneva Motor Show that opens its doors on March 5. While this is the Euro-spec model, the one expected to be launched in India at the 2020 Auto Expo will have similar dimensions, engine options and features. It will be based on the MQB A0-IN platform that Skoda is currently developing for India. The Kamiq, when launched here, will go up against the Hyundai Creta, Tata Harrier and upcoming SUVs from MG and Kia.