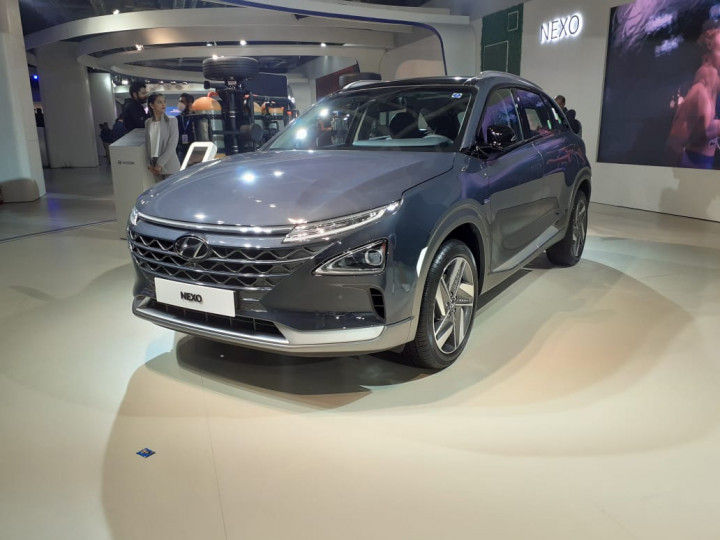 Hyundai has registered the Nexo, its fuel-cell-powered electric vehicle (FCEV), on the Regional Transport Office (RTO) website. The online document states that the FCEV has been brought to India for testing purposes. Previously showcased at Auto Expo 2020, the Nexo could be launched in India, considering Hyundai had in 2019 expressed its interest in introducing FCEVs here. If it does arrive at our shores, it could be a fully imported unit available in select cities.

Let’s know the basics of the FCEV powertrain. The Nexo utilises an electric motor developing 161PS of power and 395Nm of torque. Instead of a large battery pack, the Nexo draws power from a fuel-cell backed by a 156.6-litre hydrogen tank. It’s capable of doing 611km on a full tank, according to European WLTP standards. But we learnt it could do well over 1,000km. So, with adequate fuel cell pumps, the range shouldn’t be an issue. A small 1.56kWh battery pack is also on offer. Just for comparison’s sake, the Tata Nexon EV has a 30.2kWh battery pack.

The Ministry of Road Transport and Highways (MoRTH) had suggested hydrogen as an alternative fuel back in 2019. The fuel cell technology is relatively new, and so we might have to wait for its widespread implementation.

The Nexo gets Hyundai’s Sensuous Sportiness design. Unlike the Kona (which is smaller than the Creta), the Nexo is almost as large as the Tucson, which should work in its favour. The interior, with the Mercedes-like twin-screen set-up, looks up-to-the-minute.

Hyundai was one of the first carmakers to have brought long-range EVs to India and could be the first to adopt FCEVs. That said, the lack of adequate hydrogen pumps could play spoilsport.