It is likely to get radar technology 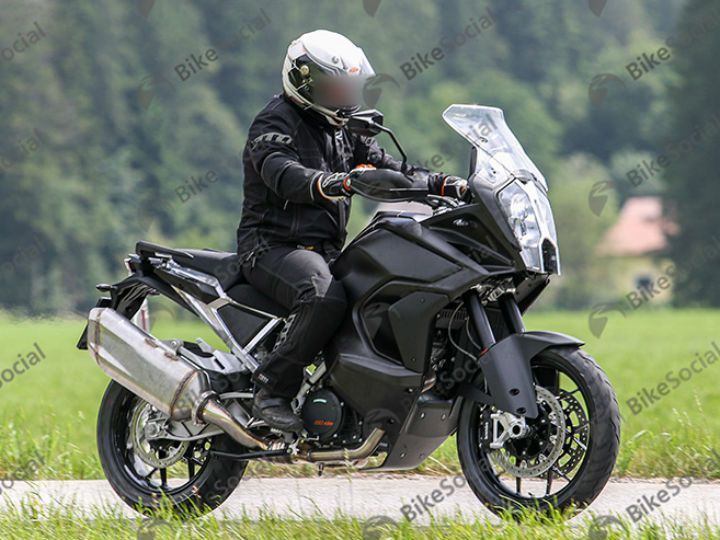 The 2020 iteration of the KTM 1290 Super Adventure S has been spotted testing. Going by the spy shot, it is evident that KTM has based its design language on the KTM 790 Adventure. You can read our analysis of the bike here.

Compared to the existing model, the 2020 version comes with slightly larger fairing covering most of the engine, and up front, the bike gets large headlamps which appear to be LEDs. There’s a cavity below the headlamp lenses. It is possible that this space is used to house the radar unit which KTM has been working on since last year. KTM uses this system for adaptive cruise control, which detects the vehicle in front, locks on it and automatically applies throttle or brakes so that it maintains a distance of two seconds. Interestingly, this very space below the headlamp was used as the housing for a pilot lamp in the R variant.

Apart from the alloy wheels and road-biased tyres, the S variant also gets a slightly redesigned subframe compared to the off-road-biased R version. Also, the huge two-into-one exhaust design is different and the bike is likely to comply with Euro 5 emission norms. It is likely that KTM will retain the same 160PS power output as the current-gen model but the bike will run a lot cleaner.

Expect KTM to unveil the concept model at this year’s EICMA show in Milan, Italy, followed by the launch of the production version in the following year’s EICMA. By the time this motorcycle enters the market, it is likely that Ducati Multistrada V4 would’ve been launched. Other primary competitors would be the BMW R 1250 GS, and Triumph Tiger 1200 range.