The Updated WR-V Is Just Around The Corner! 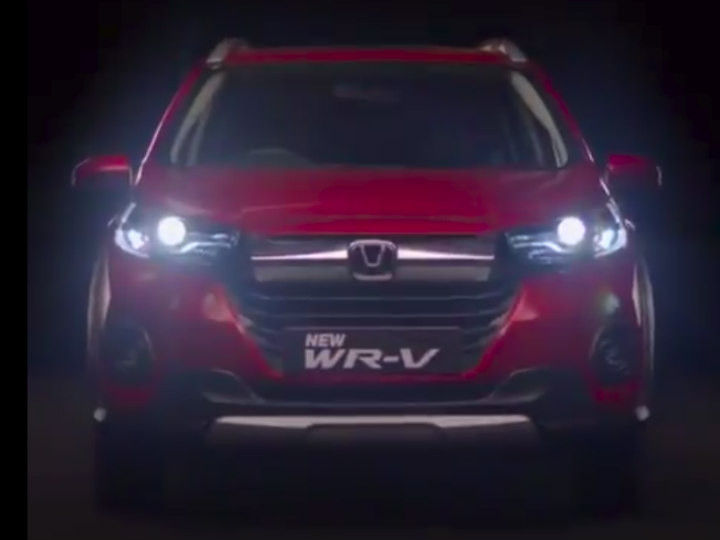 A little over two weeks ago, the facelifted Honda WR-V started reaching dealerships ahead of its launch. And now, the carmaker has revealed a teaser video of the updated WR-V announcing that the updated WR-V will launch in India on July 2, 2020. In addition, details on the new features for its variants - SV (replacing the old S) and VX - have also been revealed. It will be powered by BS6 petrol and diesel engines.

We already know that the majority of exterior changes on the WR-V facelift are at the front end with a redesigned grille, new LED projector headlamps with LED DRLs and LED front fog lamp. Other changes consist of a new set of 16-inch alloy wheels (for diesel variants) and new LED tail lamps.

The cabin is largely similar to its predecessor aside from receiving a revised upholstery and chrome inserts all around. In terms of additional features, the SV variant will get bits like the DigiPad 2.0 touchscreen infotainment system with Apple CarPlay and Android Auto that was initially exclusive to the top-spec model, inbuilt navigation, voice command, remote control as well as voice command function on the steering-mounted controls. The top-spec VX petrol option will receive new bits like push button stop-start, smart key as well as cruise control. In terms of new safety equipment, the SV variant comes with a multi-view rear camera and a diesel particulate filter indicator. Other notable features include dual airbags, ABS with EBD and rear parking sensors.

Under the hood, the WR-V facelift will retain the 1.2-litre petrol engine and the 1.5-litre diesel mill, albeit with BS6 upgrades. Power figures will remain the same at 90PS (petrol) and 100PS (diesel). The petrol option will be paired to a 5-speed manual transmission whereas the diesel engine will retain the 6-speed manual gearbox. It is unlikely that an automatic gearbox option will be offered for the facelifted WR-V.

Bookings for the WR-V facelift are already underway for a token amount of Rs 21,000. A detailed price list is yet to be revealed, but dealership sources have hinted that the top-spec model is likely to retail at Rs 13.5 lakh (on-road). Expect a price hike in the range of Rs 15,000 to Rs 50,000 depending on the variant. Once launched, it will take on the likes of the Maruti Suzuki Vitara Brezza, Tata Nexon, Ford EcoSport, and the Hyundai Venue.