The facelifted Honda WR-V is offered in two variants: SV and VX 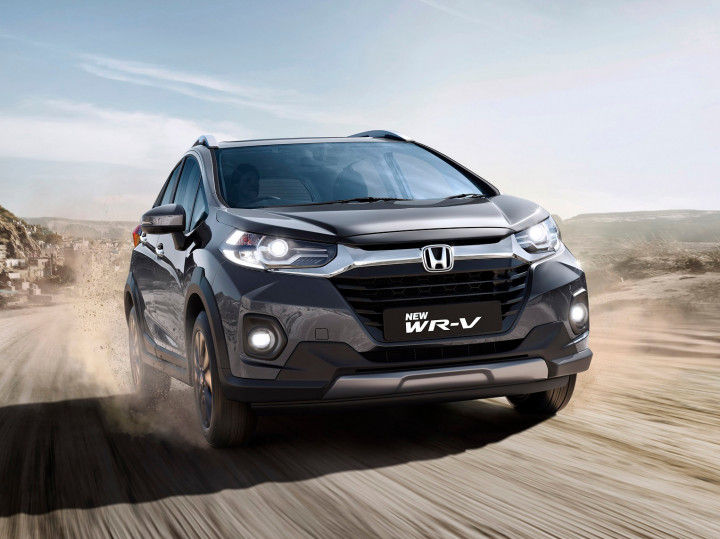 Honda has streamlined the variants of the WR-V. The base-spec S MT and mid-spec diesel-only V MT have been axed. In its place comes a new entry-level SV variant. The most affordable variant, the SV petrol, now costs Rs 35,000 more than the previous base-spec variant. Meanwhile, the top-spec VX variant now costs Rs 65,000 more depending on the engine.

The facelifted WR-V shares its silhouette with the older model. However, it gets plenty of new elements to give it a new lease of life. The front end features a revised grille flanked by a pair of new LED projector headlamps. Diesel variants also get redesigned 16-inch alloy wheels, while the tail lamps now get LED elements.

Apart from new upholstery, the facelifted WR-V’s cabin is similar to the older model.

Notable features include a touchscreen infotainment system with Apple CarPlay and Android Auto, climate control, cruise control, a sunroof, a multi-info display, steering-mounted audio controls and keyless entry with push button start. Safety features include dual airbags, ABS with EBD, and rear parking sensors with a camera. Honda has added more features to the base-spec variant to make it more appealing, including a touchscreen infotainment system.

The WR-V has been a decent performer for Honda in terms of sales. Honda believes the upgrades will help it give the likes of the Tata Nexon, Maruti Suzuki Vitara Brezza, Hyundai Venue, Ford EcoSport and Mahindra XUV300 a better run for their money.