While old Jawas might be known for their classic styling and unmistakable exhaust note, they brought a lot of innovations to the table as well 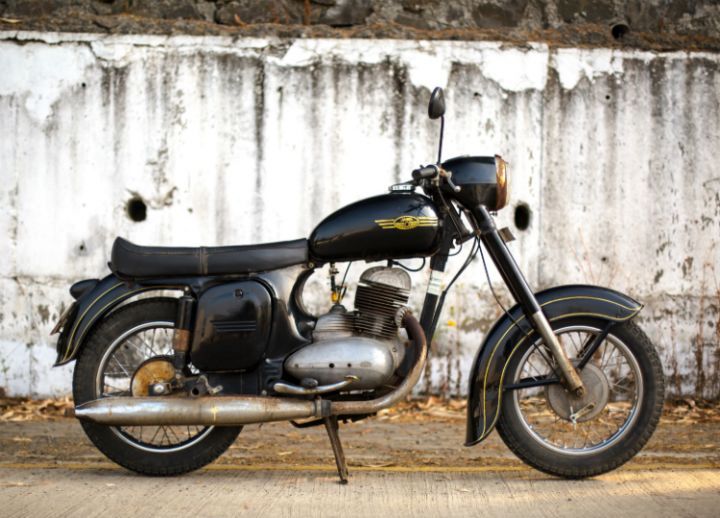 The images and details about the new classically styled Jawa, Jawa 42 and Perak practically broke the internet post the launch event nearly a month ago. As we look forward to our first ride of the modern iteration in a days time, we jump back in time to see some of the innovations that the original Jawa 353/04 brought to the table in the 1950s, 60s and early 70s.

Yes! Even back in 1960, Jawa had figured out a simple but clever mechanism to utilise the movement of the shift lever itself to activate the clutch first and then shift to the next gear. This meant that while it was easier to pull in the clutch lever, shift into first and then let out the clutch lever with your hand while pulling away, shifting gears on the move didn’t require you to use the hand lever at all. You just had to close the throttle, pull up or push down on the lever and it would smoothly slot into the next gear. The only minor downside to this was that the lever throw was rather long and this is the reason you see riders of the old Jawa shifting with their heels rather than their toes when shifting into first. Another upside was if your clutch cable ever broke, you could always shift into first gear and pull away from a standstill by gently releasing the shift lever with your left foot. While this is a little tricky to do, it meant that you wouldn’t be stranded in the case of a broken clutch cable.

Same lever for the gear lever and kickstarter

This one is a little more known fact about the Jawa. The gear lever also doubles up as the kick start. To kickstart the motorcycle, you need to push the gear lever in and at the same time flip it backwards using the little ear on the back of the lever. Then it’s on to the famous ‘pump, pump, kick’ to fire it up. This was another clever use of the gear lever and also helped keep the engine side cases clean of clutter (as opposed to adding another lever either to the other side or the same side like on the Royal Enfield Bullet).

The rear swingarm main bearing was lubricated with engine oil, automatically! This was done via a small plastic spacer which had a hollow tube that passed oil from the left crankcase to a lubrication nipple on the swingarm. This gave the swingarm bushes a near lifelong service interval. In fact, the service manuals lubrication chart doesn’t even mention it.

Front and rear wheels were interchangeable
The Jawa had identical front and rear wheels allowing the addition of a spare wheel to the motorcycle. Both the front and rear wheel hubs were identical in size and also fit on the same axle. With the simple addition of the milling hub sprocket interface plate to the front wheel, they became interchangeable too. If you decided to bring a third wheel into the equation, you had a spare wheel, but this was more of a ‘jugaad’ rather than an actual accessory. With the Yezdi, the milling hub design changed and the new design meant that you could actually interchange the wheels straight out of the factory.

The Jawa has always had a very ‘clean’ look and one of the reasons for that was hidden cabling. A closer look at the handlebars of the 353/04 Jawa will reveal, well nothing. The accelerator cable on the right side is actually routed internally as is the electrical wiring for the for the horn and light switches on the left. Only the brake cables are visible but immediately disappear into the headlight cowling on their way down to the brake shoe and clutch mechanism. The speedometer was also driven directly from the final drive shaft and the cabling for this and the clutch is also routed neatly through a cable carrier on the front frame downtube to the right side crankcase. This attention to detail is what gave the Jawa it’s classic looks.

The Jawa was essentially a simple motorcycle. Being a two stroke, it was easy to ride and maintain and that’s mainly why there are still so many examples on the roads today. We’re excited to see what the new Jawa and Jawa 42 bring to the table. In this age of neo-retroism that’a sweeping through the motorcycle industry, will they stir up familiar feelings while bringing something new to the table? Stay tuned to ZigWheels for updates from the first ride.