CFMoto’s Neo-Retro Beauty Will Have You Drooling

The CFMoto CL X 700 has already debuted in Italy, and we can’t wait to have it here in India 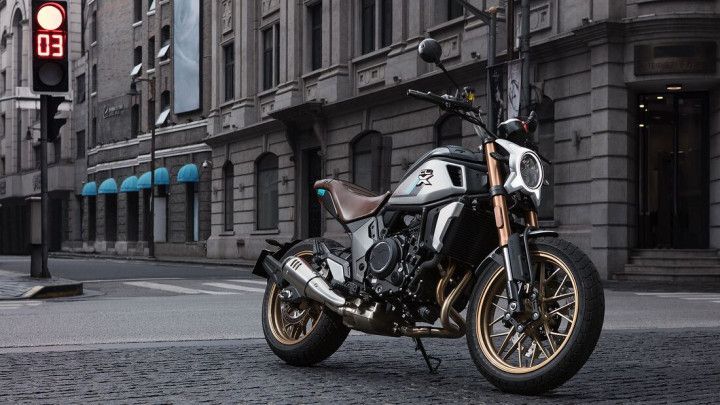 The increasing popularity of neo-retro motorcycles prompted CFMoto to work on their own timeless beauty. And boy, did they pull it off well! The CFMoto CL-X 700 Heritage has been launched in select European markets, and we can’t wait to have it in India. And you know what? We just might. But, till then, enjoy these droolworthy shots of the neo-retro roadster:

Designed by Kiska Studio-- the same brand that styles motorcycles for KTM -- the CL-X 700 ticks all the right boxes. CFMoto has the perfect blend of retro design and neoteric elements to make this bike a modern-day rendition of the 80’s Scramblers.

This is perhaps the most distinctive element of the CFMoto CL-X 700. The circular headlight gets an X-shaped bezel housing the DRL.

The minimal theme continues on the instrument console as well. The CFMoto CL-X 700 features a circular LCD dash that displays all the relevant information. However, there’s no smartphone compatibility for navigation.

The neo-retro roadster is powered by a 693cc liquid-cooled parallel-twin engine producing 74.7PS at 8,500rpm and 68Nm at 6,500rpm. This engine is paired with a 6-speed gearbox aided by a slipper clutch.

The frame is suspended onto a 41mm KYB USD offering preload adjustability along with compression (left fork) and rebound (right fork). At the rear, an adjustable link-type monoshock does the job.

The CL-X 700 packs decent braking hardware too. CFMoto has equipped the bike with single discs at both ends, paired with J.Juan calipers.