The fourth-gen BMW X5 is lighter than before and will rival the likes of Mercedes GLE, Audi Q7 and Volvo XC90. 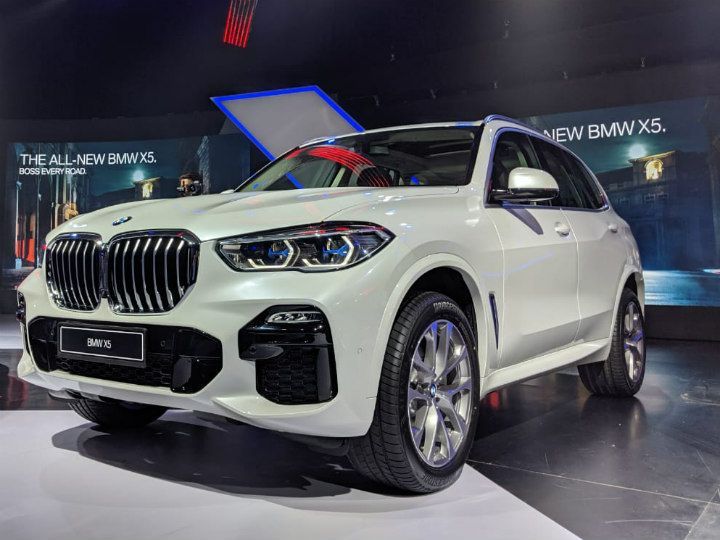 BMW has launched the fourth-gen X5 in India with prices starting from Rs 72.90 lakh (ex-showroom India). The all-new X5 is available in three variants - 30d Sport, 30d xLine and the 40i M Sport. The new SUV is larger than the third-gen X5. However, it is lighter than before thanks to the extensive use of aluminium in its construction. It is based on the same Cluster Architecture (CLAR) platform as the BMW 5 Series, 7 Series and the flagship X7 SUV. Equipped with a better set of powertrains and features, the BMW X5 will continue to rival the Audi Q7, Mercedes-Benz GLE and the Volvo XC90.

The new BMW X5 is offered with both petrol and diesel engines. Where the xDrive 40i is powered by an inline-six 3.0-litre petrol engine that puts out 340PS of power and 450Nm of torque, the xDrive30d comes with the all too familiar inline-six diesel motor that churns out 265PS and a massive 620Nm of torque. Both engines come mated to an 8-speed automatic transmission. The X5 also gets BMW’s rear-biased xDrive all-wheel drive system as standard. We expect BMW to offer a hybrid variant in the near future.

The new X5’s styling is an evolution of the older model. Opinions will be split on how big the kidney grille has grown in size over the years. And it seems like BMW is going back in time and recreating the first-ever version of the kidney grille that featured in the model 303. The new Matrix headlamp are quite stunning to look at and unlike the previous model, they do not merge with the grille anymore. While the current model features round fog lamps, the new X5 gets slender LED units housed within the airdam. The side profile looks more or less similar to the current version, albeit with subtle changes. The rear, on the other hand, features a major design overhaul in the form of new tail lamps, tailgate and bumpers with squared and sporty looking exhaust vents. It is safe to say that unlike the front end, the rear of the SUV actually looks much better than its predecessor.

The interiors gets a major revamp in terms of design and layout, helping the SUV stay in tune with the latest offerings from Bavaria. The twin 12.3-inch digital instrument cluster and infotainment display are now interconnected and the infotainment display features the latest iteration of BMW’s i-Drive system. The  interiors get different trims and colour choices depending on the variant. By eliminating the infotainment controls and integrating them in the centre display itself, there’s less clutter in the cabin and the overall layout looks a lot cleaner than before.

The BMW X5 first came into existence in 1999 when the Bavarian carmaker owned Land Rover. It was the company’s flagship SUV until the X6 came along in 2008. However, there’s a new flagship in town now - the X7, which is expected to launch in India in a couple of months. As for the fourth-gen BMW X5, it will continue to rival the likes of the Mercedes-Benz GLE, Audi Q7 and the Volvo XC90.