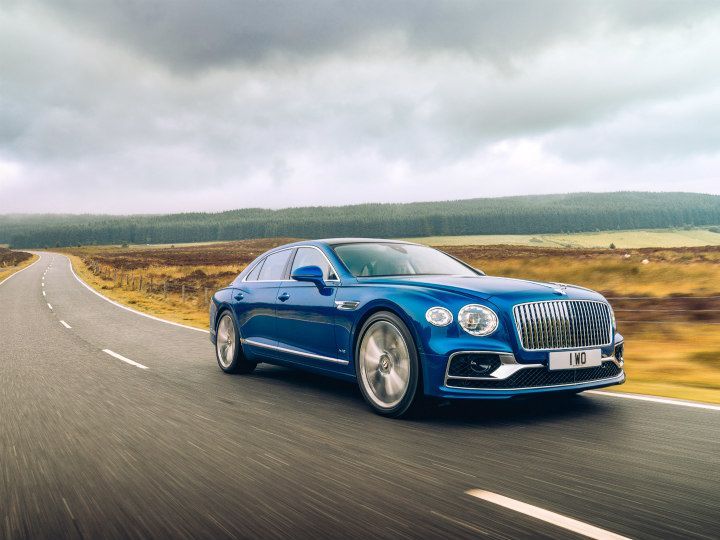 Like the Flying Spur, the First Edition gets nifty exterior highlights that include the typical Bentley rectangular grille with vertical slats, trademark twin circular headlamps with matrix LEDs and a Flying ‘B’ replacing the front logo. Other exterior features include new LED tail-lamps that feature the ‘B’ motif to denote the carmaker’s name and 22-inch Mulliner alloy wheels. The First Edition gets a unique exterior badge which consists of a Union Jack with the numeral 1 in the middle.

On the inside, the First Edition gets a lot of features from the Flying Spur, including the rotating 12.3-inch infotainment screen, all-digital instrument cluster and handcrafted interior upholstery, among others. The First Edition features extra touch-ups that include First Edition winged emblems on the headrests and tread plates that show the Union Jack flag with ‘First Edition’ written in the middle. Other additions include a panoramic sunroof, configurable mood lighting as well as a rotating display that gives you the option to switch from a touchscreen display or a set of three classic analogue dials.

Another interesting addition in the Flying Spur First Edition is the ‘Touring Specification’ which consists of features like lane assist, night vision, a head-up display, and adaptive cruise control with traffic jam assist.

Under the bonnet, the First Edition retains the 6.0-litre W12 twin-turbocharged petrol motor from the Flying Spur. It delivers  635PS of power and 900Nm of torque and propels the grand tourer from 0-100kmph in 3.7 seconds and maxes out at 333 kmph. It is mated to an 8-speed ZF automatic gearbox It also features all-wheel drive with 60 per cent of its power directed to the rear wheels.