Everything about the Reindeer Eight honours the spirit of Christmas 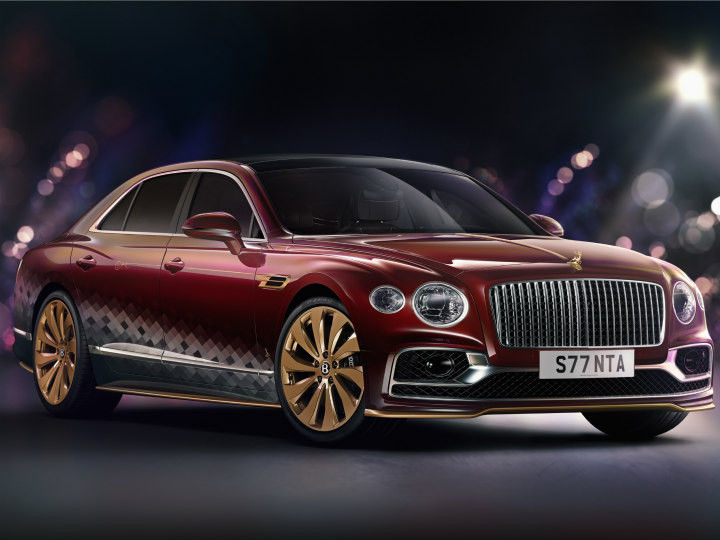 With 2020 drawing to a close, the focus is on year-end festivities. While everyone has their way of celebrating Christmas, Bentley Mulliner is painting the town red with a one-off Bentley Flying Spur V8-based Reindeer Eight. It's got pretty much everything to convince Santa to switch from ‘reindeer power’ to pure V8 grunt.

Santa’s new ‘sleigh’ exhumes the Christmas spirit with a bespoke deep red Cricket Bauble paint job, with a gold three-dimensional printed reindeer replacing the Flying B mascot. Complementing the design are gold accents around the side sills, side skirts, front and rear bumpers as well as 22-inch bespoke gold wheels. The exterior also features a diamond pattern on the sides with various shades of grey, possibly for the snow effect.

The deep red Cricket Bauble continues inside with contrast stitching in gold. Bentley Mulliner has also added in a few bits to make Santa feel right at home. His name is stitched onto the driver’s seat and the door and dashboard panels feature distinct white inlays to depict a North Pole theme inside. Other Christmas themed goodies include the sound of sleigh bells jingling while starting up and a special infotainment system that has a ‘naughty’ and ‘nice‘ list integrated into the navigation system.

Talking about what’s under the hood, it’s the Flying Spur’s 4.0-litre twin-turbo V8 petrol engine that pushes 550PS of grunt and 770Nm of twist. Paired with an 8-speed DCT gearbox, it propels to 100kmph in 4.1 seconds with a top speed of 318kmph. Impressive speeds, but probably not fast enough to deliver presents on Christmas Eve as Santa’s trusty reindeers.

If you’re hoping to see more of the Bentley Flying Spur V8 Reindeer Eight on the road, well it’s only going to be a one-off model. That said, do you think Bentley Mulliner’s latest creation would entice Santa to ditch his flying sleigh?