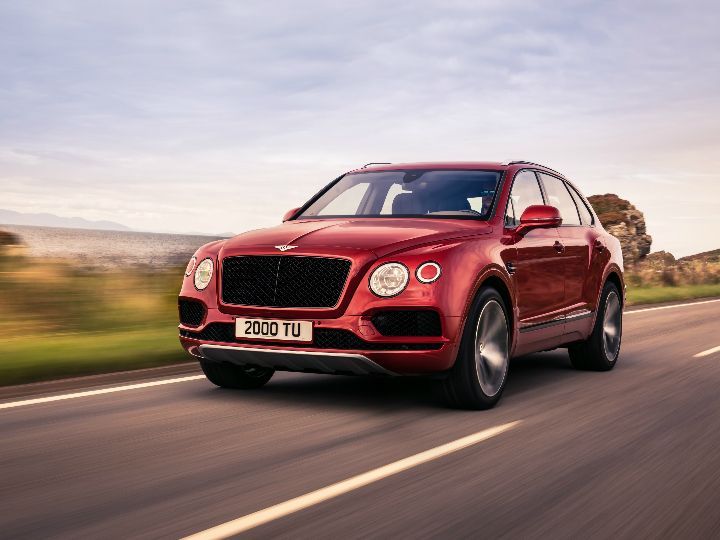 Bentley has announced a new V8 petrol engine for its first and only SUV, the Bentayga. It is the third engine to find a place in the Bentayga lineup after the W12 petrol and the V8 diesel.

The new V8 petrol engine generates 550PS of power and 770Nm of torque. It is mated to an 8-speed automatic transmission, which sends power to all four wheels. The V8 petrol can take the 3.2 ton SUV from 0-100kmph in just 4.5 seconds. Think that’s fast? Well, the W12 petrol does that in just 4.1 seconds. The W12 petrol is also the fastest with a top speed of 301kmph against the V8 petrol’s top speed of 290kmph.

Apart from the new engine, the British luxury car manufacturer, for the first time, is also offering, the Bentayga with a set of carbon-ceramic brakes as optional. At the front, it gets 440mm discs, while the rear gets 370mm units. The 440mm discs at the front are mated to 10-piston callipers to enhance the Bentayga’s stopping power. Together, the brakes on the Bentayga produce a braking torque of 6,000Nm. Bentley claims that this is the largest and the most powerful braking system to be offered on a Bentley, and also the world’s largest front brake system to be fitted on a production car.

As far as the design is concerned, the Bentayga V8 is no different from other variants. However, on the inside, Bentley has made three new additions to differentiate the V8 from the rest. For starters, it gets carbon fibre finish on the dashboard and doors instead of veneer. It also gets a new wood and hide steering wheel and last but not the least, cricket-ball leather upholstery. The Bentayga V8 will continue to come in four-, five- and seven-seat configurations just like the other variants.

Talking about the features, the Bentayga V8, like almost everything else, shares its equipment list with other variants as well. It gets features such as Bentley Dynamic Drive, multi-mode air suspension, Park Assist, Adaptive Cruise Control and Hill Descent Control, among others. It also gets an 8-inch touchscreen infotainment system with navigation, a 60GB hard drive and language support for up to 30 languages. The rear passengers also get a 10.2-inch Android device with Wifi, 4G and Bluetooth for high-speed connectivity.

Bentley has not announced the prices of the V8 yet, but it could be the new entry-level variant in the Bentayga lineup. Currently, Bentley offers the Bentayga in India only in its W12 avtar, which is priced at Rs 3.85 crore (ex-showroom). In India, the Bentayaga goes up against SUVs such as the Range Rover Sport SVR, Maserati Levante and the recently launched Lamborghini Urus.