Ushers in a new era of all-electric mobility, especially in the luxury segment 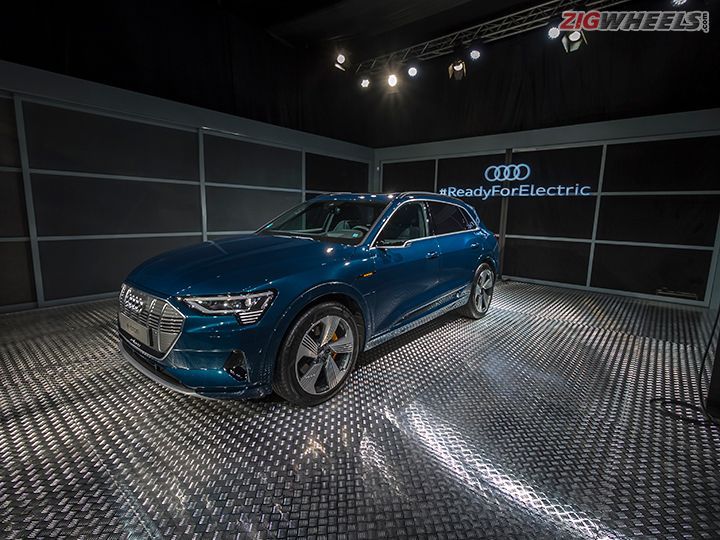 Audi India has showcased its first all-electric SUV, the e-tron, and has expressed plans to launch it here by the end of 2019. The Audi e-tron will become the first luxury all-electric vehicle to be launched in the country and will be brought in as CBUs (completely built units) from the company’s eco-friendly plant in Brussels. It is expected to be priced from Rs 1.40 crore (ex-showroom pan India) onwards.

The Audi e-tron is powered by two electric motors, one on each axle. This setup allows for an electric version of the company’s trademark quattro all-wheel drive system. Producing a combined output of 408PS and 664Nm of torque in its ‘Boost’ mode, the e-tron can do 0-100kmph in 5.7 seconds and maxes out at 200kmph. The Audi e-tron also has a normal model where the power output is restricted to 360PS and the 0-100kmph figure arrives in 6.6 seconds. But the e-tron is not about performance, it is supposed to be an electric alternative to a comfortable, luxurious SUV which would fit in between the Q5 and Q7.

Powering the electric motors is a 95kWh lithium-ion battery pack that’s located in the floor. Capable of a range of 400kmph, the battery pack supports a charging capacity up to 150kW and can be charged from zero to 80 per cent in thirty minutes using a fast charger. Audi will also offer a home charger as standard with the e-tron that charges up the e-tron in around 8.5 hours. The carmaker also claims that the e-tron can do 88kms on a 10-minute charge. As with hybrid and electric cars, the e-tron features brake recuperation technology where the energy from the brakes and deceleration is used to charge up the battery.

Highlighted Features Of The Audi e-tron:

The Audi e-tron gets plenty of technology to justify the brand’s ‘Vorsprung Durch Technik’ tagline, a.k.a Progress Through Technology. The ORVMs are replaced by rear-facing cameras that project the view on a screen in the door pads and the driver can also adjust the view based on their needs. The rear-facing cameras also help in improving the aerodynamics of the SUV which has a super low coefficient of drag value at 0.27cd. The all-electric SUV comes with adaptive air suspension which allows you lift/lower (170mm to 200mm ground clearance), stiffen/soften the suspension depending on the terrain. It also comes with all-wheel steering to enhance your driving experience.

The Audi e-tron styling is typical Audi with clean lines all around. The front end is dominated by a huge octagonal grille that now features active cooling vents for cooling the motor. A pair of sleek LED headlights with Audi’s Matrix LED technology flank the grille. Clean lines and massive 20-inch 5-spoke alloy wheels dominate the side profile of the e-tron and there is a muscular haunch that starts above the rear wheel and flows cleanly onto the tailgate. Connected tail lamps top up the cake at the rear.

Also, if you look closely, the e-tron follows a quattro theme in its design everywhere. Want proof? Look closely below the headlamps, the grille opening and the alloys; they have four lines running through them.

The Audi e-tron, though a behemoth, is not as big as the Q7. Have a look at the size comparison of the SUVs:

Being a 5-seater, the e-tron has tonnes of space on the inside, and this is especially true at the rear. The e-tron is still a four-seater at best, but the legroom and knee room is much better than the Q5.

The e-tron, unlike many modern cars and considering it is an all-electric SUV, has enough space in the boot to feature a space-saver tyre.

The Audi e-tron is certainly geeky, but the quality and fit-and-finish of the materials used make it feel uber luxurious - as it should. Be it the leather seats, the matte-finished dashboard, the chrome or the roof-lining, the e-tron is a proper luxury SUV.

As mentioned before, the Audi e-tron will be priced from Rs 1.40 crore, ex-showroom India. But with the Government of India’s FAME II plan, it may not cost much on road. Some states have started offering zero registration, road tax and even incentives to buy electric cars. With only the yearly insurance premiums and a promised 8-year warranty on the running gear (batteries, motors) - it may be really affordable to own. Plus, there’s that feel-good factor of doing less harm to the environment.

While the e-tron doesn’t have any rivals in India, it takes on the likes of the Tesla Model X and the Mercedes EQC in the International markets.

What do you think of the Audi e-tron? Let us know in the comments section below. 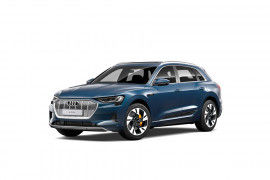 All Comparisons of e-tron