The third generation of BMW’s answer to the Mercedes-Benz GLC, Audi Q5, Volvo XC60 and the Lexus NX300h will be here soon 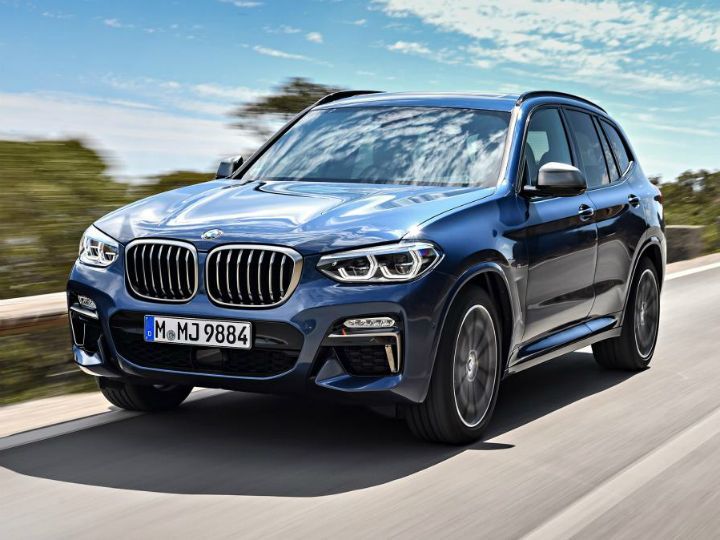 BMW will launch the all-new X3 midsize luxury SUV on April 19, 2018, the company has confirmed. The launch comes nearly 10 months after its international unveil and two months after its Indian unveil at the Auto Expo in February this year.

The long-awaited third generation of the X3 is bigger, looks bolder, gets more features, is more powerful and is more luxurious than the second-gen model it is set to replace. The new X3 may also finally get an M Sport variant to keep fans of BMW’s sporting heritage happy.

The new X3 looks like a slightly shrunken X5. Built on the company’s new CLAR (Cluster Architecture) platform, the new X3 is, in fact, as big as the first gen-X5 launched back in 1999. The growth in size is not just in response to how the segment has evolved, but also in response to how the front-wheel-driven X1 has grown. The increased size should not just help with road presence, but also improved the interior with more space for both passengers and their luggage.

Inside, the X3 will feel completely different from the previous gen-model and on par with the current crop of BMW sedans like the 5-Series and the 7-Series with features like the 10.25-inch multimedia screen with phone-like tiles for various functions, a new three-spoke steering wheel, 40:20:40 split rear seats and a panoramic sunroof. Optional features may include three-zone climate control, ambient air conditioning and seat ventilation.

Gimmicks from the 5- and 7-Series have also trickled down to the X3, with at least the top-end variants expected to get the ‘Display Key’ and gesture control for the multimedia screen.

The BMW X3 will be launched in two variants initially; the xDrive 20d powered by a 2.0-cylinder, 4-cylinder, twin-scroll turbo diesel developing 190PS/400Nm and the xDrive 30d which gets a 3.0-litre, turbocharged, straight-six diesel engine developing 257PS/620Nm! An 8-speed automatic transmission and the xDrive AWD system will be offered as standard.

As before, the X3 will be offered with an optional M Sport kit. However, BMW could launch the sportier X3 M40i M-Sport variant if it sees enough demand for it in the country. The third-gen BMW X3 will compete against the Mercedes-Benz GLC, Audi Q5, Volvo XC60 and the Lexus NX300h. Prices, features, specification breakdown and more details of the X3 will be revealed on April 19, 2018. Stay tuned!