2021 Tata Safari Old vs New: 5 Important Differences Over Its Successor

The new Safari has a whole load of differences compared to its predecessor. Here are five key ones 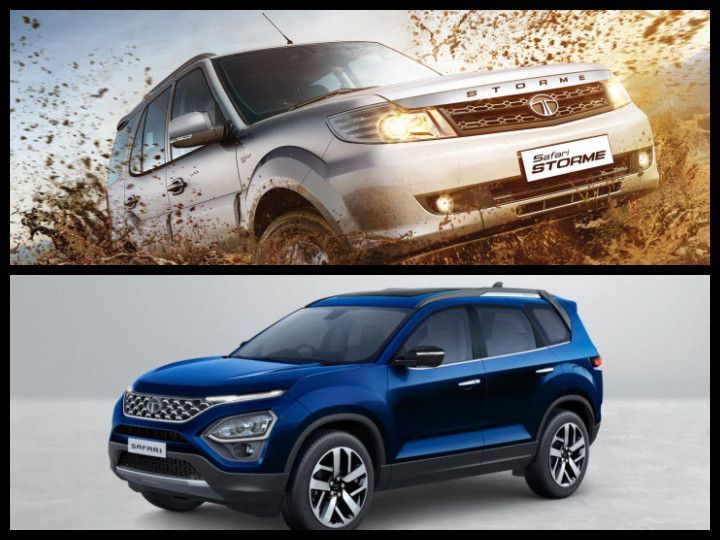 The Tata Safari is back in the form of the Harrier-based 7-seater SUV, which was known as the Gravitas at Auto Expo 2020. While the Safari nameplate isn’t dead, true blue Safari enthusiasts are disappointed that it’s nothing more than a longer Harrier. But there’s a lot to cheer as the new Safari has much to offer over its predecessor. Here are five key differences:

While the older Safari Storme came with a sort-of barebones cabin, the new one borrows its dashboard from the Harrier albeit with its own premium black-creme colour scheme. Overall quality levels should be similar or better than the Harrier, which is a big step up from the older Safari.

The seating layout is also different from the Storme as you can have it either as a 6-seater or a 7-seater. Most importantly, the side-facing jump seats have been replaced with forward-facing seats, which are safer and more comfortable.

It will come with connected car tech and is likely to have powered tailgate and electronic parking brake over the Harrier. Features such as a panoramic sunroof, climate control, 8.8-inch touchscreen infotainment system, and 7-inch colour screen in the instrument cluster will be borrowed from the Harrier. These features weren’t offered in the older Safari.

The Safari, for the first time, will come with a 6-speed automatic transmission, which will be sold alongside the 6-speed manual variant. It also utilises a completely different drivetrain as the new one spins its front wheels rather than the rear. This brings us to the next point.

No All-wheel Drive, Initially At Least!

Yes, you read that right. The older Safari, known for its off-roading prowess, came with an optional four-wheel drivetrain. It also fared pretty well off the beaten path if driven by sensible hands. However, the new one, which will initially come with a front-wheel drivetrain, is best for mild off-roading.

You do have ESP-based off-road modes to play with in the new Safari, but let’s admit that software trickery ain’t as useful as proper hardware. Tata could introduce an all-wheel drive variant if demand persists as the platform is capable of taking up an AWD system.

It’s A Monocoque, Not Body-On-Frame

The previous Safari was underpinned by an X2 body-on-frame platform that also underpinned models such as the Aria/Hexa. While the platform was tough enough to take an apocalypse, its highway manners were somewhat satisfactory to say the least.

This has been fixed in the new model that comes with Land Rover’s D8-derived monocoque platform. The handling is expected to be more tied down, just like the Harrier, which it is based on.

The new Tata Safari, unlike the older model, won’t come cheap. Its entry-level variant is likely to be priced around Rs 15 lakh (ex-showroom), which is around the same as a top-spec Safari Storme 4X4. However, the new Safari is more premium, feature loaded and sophisticated than the Storme. But will it have the charm of the older model? We’ll be driving it soon to answer that question.