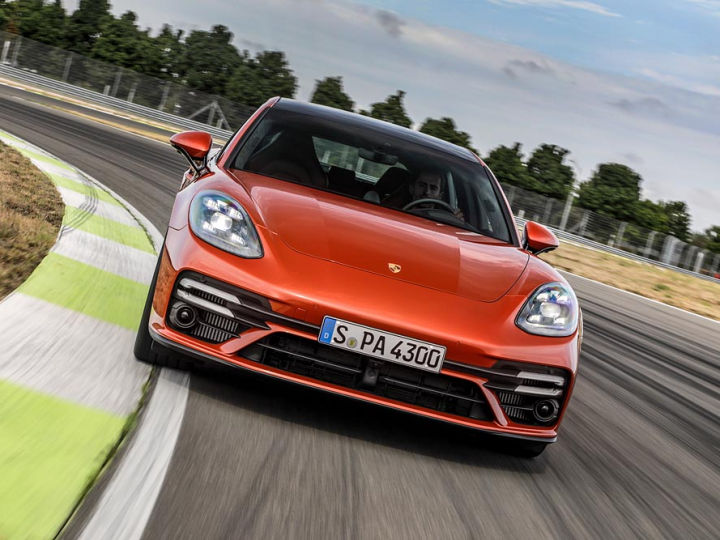 Porsche India has launched the facelifted Panamera at Rs 1.45 crore (ex-showroom). The performance-oriented luxury sedan will be offered in four variants, including the newly introduced bonkers Turbo S, which in fact is the fastest executive sedan around the ‘Ring. It covered the Green Hell in just 7 minutes and 29.81 seconds. Here are the detailed prices:

The new Panamera’s entry-level variant costs Rs 3 lakh less than the pre-facelifted model, which was priced from Rs 1.48 crore. The Turbo S and Turbo S E-Hybrid are new additions to the range and will be under the spotlight for those who prioritise speed and power.

But before talking about technicalities, let’s see what’s new in the Panamera’s design. Updates are minimal and only the keen eyed can tell the differences immediately. Nevertheless, the updated front bumper gets aggressive air intakes with LED DRLs while the rear tail lamps feature slightly different detailing. Save for the new 20- or 21-inch alloy wheels, the side profile remains unchanged.

Step inside and you’ll be hard pressed to find what’s new as there are no changes on the design front. However, it now comes with an updated infotainment system with wireless Apple CarPlay. Other new features on offer include matrix LED headlamps, park assist with a 360-degree camera, and a heads-up display.

Now to the piece de resistance: the engines. The Panamera offers its own unique powertrain depending on the variant you choose. To make life easier for you, we have compiled the specifications of each of the powerplant in a table: