The upcoming sedan is set to be launched by the end of June, with select dealers accepting unofficial bookings 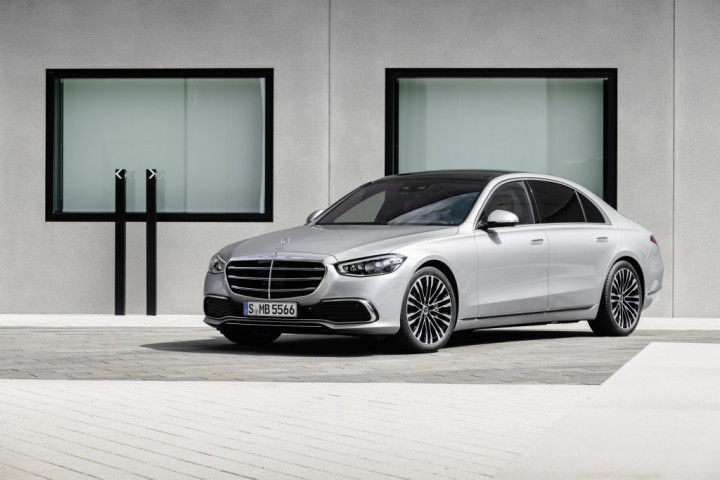 Mercedes-Benz will launch the 2021 S-Class in India by June-end. Select dealers have unofficially started accepting bookings for a token of Rs 1 lakh. Ahead of its introduction, we bring you the luxury sedan’s variants, features, colour options, and technical specifications.

At launch, the S-Class will be brought to India as a Completely Built Unit (CBU) in a fully-loaded Launch Edition. It will be available in S400D (diesel) and S450 (petrol) variants, the technical specifications of which are mentioned below:

The new S-Class is a size larger than the current model, and that should result in increased space. Here’s a quick comparison between the existing and the upcoming model:

Rear seats are usually top priority for S-Class owners, and the 2021 model gets it right with a lounge-like twin-seat setup with soft pillows on the headrest. Also, rear-seat occupants get their own entertainment system and a tablet through which they can access most of the features, including the massage function, climate control, infotainment system, and ambient lighting.

The S-Class scores brownie points on the safety front as well. Passengers sitting at the back get first-in-segment rear seat airbags placed behind the front seats. In the case of a mishap, the two airbags open up, protecting the rear-seat occupants from head and neck injuries.

The S-Class’s exterior design means business. Launch Edition models will be based on the AMG-Line trim, infusing sporty elements with the S-Class’s plush styling. The generous use of chrome adds that premium touch to the design while the detailing of the rear LED tail lamps is bound to get attention. Take a closer look at the S-Class’s styling right here.

It’s evident Mercedes didn’t want to leave anything to chance with the S-Class. However, all the swanky features and swish design will come at a price. We expect the new S-Class to start northwards of Rs 1.50 crore (ex-showroom). The sedan will rekindle its rivalry with the BMW 7 Series and Audi A8L.