The Royal Enfield Himalayan Gets A Wardrobe Makeover For 2020 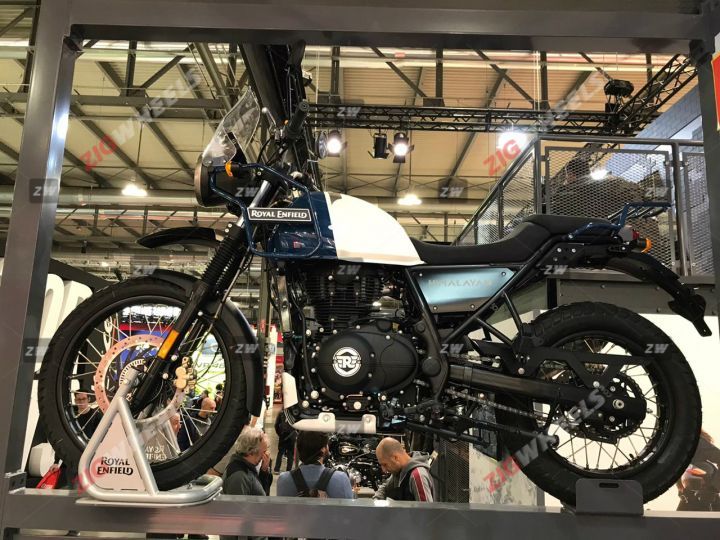 While Royal Enfield didn’t have any new models to show us at EICMA this year, it did display a bunch of custom motorcycles as well as its Himalayan in some snazzy new colour schemes. The 3 new schemes are called Rock Red, Lake Blue and Gravel Grey.

The first two are dual-tone paint schemes while the latter is a matte grey option. The Rock Red scheme sees the forward portion of the fuel tank finished in a scarlet red hue, while the rear portion is piano black. The crash protection/aesthetic scaffolding on either side of the tank and headlight region is also painted red, as is the rear luggage rack. Lake Blue follows the same pattern but the red is replaced with navy blue and the black becomes white.

The Gravel Grey scheme is the most impressive of the lot, while still looking understated. The fuel tank and beak fender are finished in matte grey, which greatly complements the blacked-out engine on the Himalayan.

Aside from the new colours, Royal Enfield also showcased a Himalayan kitted out with some accessories. The hard panniers at the rear are now black rather than silver, and the aforementioned scaffolding is in the same colour as the body panels. The handguards seen on the EICMA bike are new, and we expect this accessory to be introduced soon.

The rest of the motorcycle remains mechanically unchanged, which is a little disappointing since we expected Royal Enfield to bring us some updates, even if minor. The 411cc single-cylinder engine on the Himalayan will have to be updated before April next year to comply with BS6 emission norms, and that is when we expect these new colour schemes to be introduced. Despite the disappointment at EICMA, we still hope Royal Enfield will throw in some small improvements when updating the bike.