The Maybach SUV will be based on the S-Class of SUV’s, the GLS 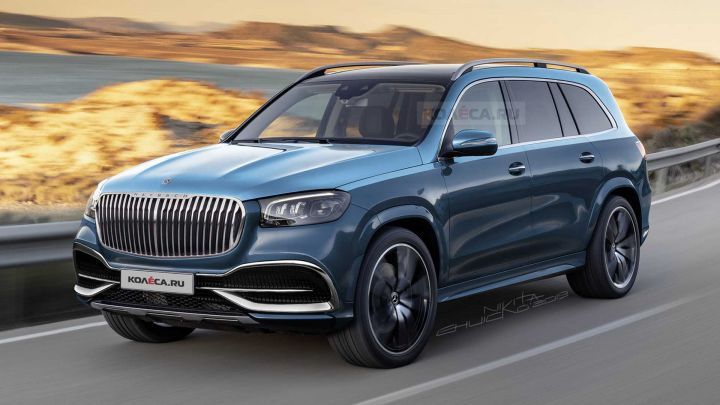 Mercedes-Benz’ Maybach division is known for making uber luxurious cars. Based on the already well appointed S-Class, the Maybach version is capable of giving a first class flight suite a run for its money. True fact as Mercedes-Maybach has dispatched more than 45,000 Maybach S-Class sedans since its launch in 2015. Now with the market shifting to SUVs and luxurious rivals like the Bentley Bentayga, Maybach is going to launch a luxury SUV by the end of 2019.

The Maybach version of the SUV will be based on the ‘S-Class of SUVs’, the GLS. Visually, it is expected to borrow plenty of design elements from the Maybach 6 coupe concept. This includes a chrome laden vertical-slat grille along with restyled headlamps and tail lamps. Other expected design changes include new alloy wheels with various design options while Maybach badges all around denote the exclusivity.

Rumours also suggest that the Maybach GLS could come with a bigger wheelbase to distance itself from the smaller Bentley Bentayga.

Inside, the Maybach GLS is expected to come with its own ‘Maybach’ elements. This includes a Maybach-themed digital instrument display and infotainment UI. Other expected touches include an aircraft style twin seat layout for the rear seat just like the Maybach S-Class. Being a Maybach, expect the luxury division to drape the cabin with the most expensive pieces of leather and metal with customisation options for even the smallest bits in the cabin.

It is also expected to come with all the creature comforts like massaging seats with heated and ventilation function and a lounge seating position for the passenger sitting behind the co-driver. Other expected features include a refrigerator for storing the champagne, individual climate control, reclinable rear seats and more.

Under the hood, Mercedes-Maybach might opt to chug on with the 4.0-litre V8 petrol unit from the standard GLS. It develops 483PS and 700Nm and comes with a 48V mild-hybrid system for additional torque boost. Mercedes might also offer a higher-spec variant with the 6.0-litre V12 unit from its sedan sibling. The V12 unit develops a locomotive like 630PS and 1,000Nm. Both variants are expected to come with all-wheel drive as standard.