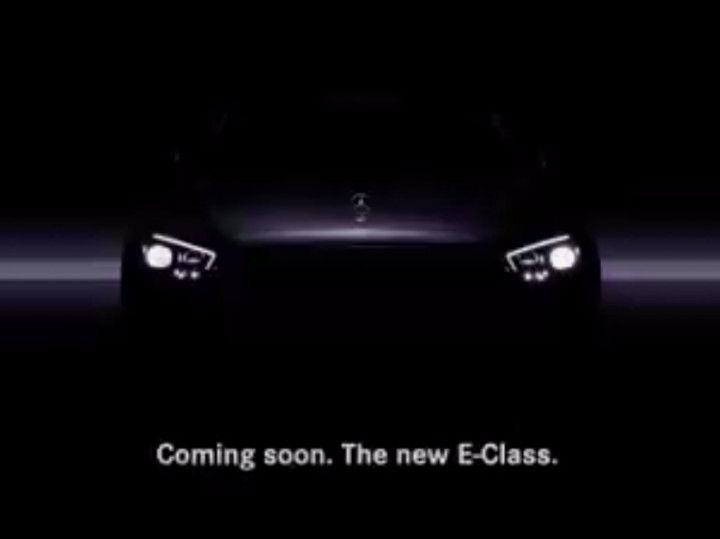 Mercedes-Benz has teased the facelifted 2020 E-Class ahead of its debut. The E-Class, one of Mercedes’ popular luxury cars, will also feature a new plug-in hybrid powertrain as confirmed by Mercedes’ earlier teaser released in January.  The updated E-Class was supposed to make its debut at the 2020 Geneva Motor Show which has been cancelled due to the Covid-19 coronavirus.

The latest teaser reveals the 2020 E-Class’ sharper headlamps with eyebrow-like LED DRLs, a design trait that is now common in all Mercedes cars. The teaser also suggests that the tristar hood ornament could make a comeback. Based on earlier spy shots, it’s quite evident that the facelifted E-Class will retain the same profile as before. However, the rear end gets redesigned tail lamps that are sleeker than before.

Although Mercedes is yet to reveal the cabin of the 2020 E-Class, we expect it to be similar to the current model with the twin-screen layout.

The 2020 Mercedes-Benz E-Class will be offered with a hybrid powertrain as well as regular petrol and diesel engine options, the specifications for which are yet to be revealed. Will the new hyrbid powertrain make it to India? We certainly hope so as it will help the carmaker meet the country’s CAFE (corporate average fuel efficiency) regulations, which are set to get more stringent in the future.

The E-Class is Mercedes’ best-selling car in India and we expect the latest iteration to come sooner than later. When launched, it’ll lock horns with the Audi A6 and the BMW 5 Series.