The Kawasaki Z900 Finally Gets Electronic Nannies With The 2020 Iteration! 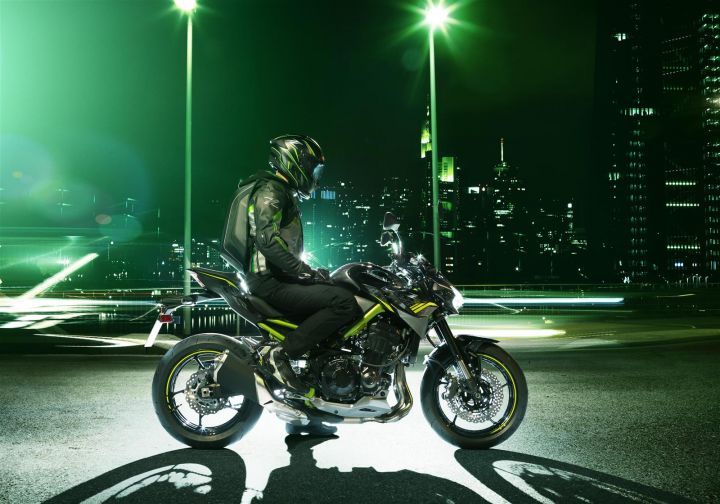 Kawasaki has taken the wraps off the 2020 iteration of its popular middleweight naked, the Z900 at the 2019 EICMA. The motorcycle now complies with Euro 5 emission norms (equivalent to BS6 norms). More importantly, the 2020 iteration finally gets a suite of electronic aids. It comes with a three-level traction control system, two power modes and four riding modes (Sport, Road, Rain and Manual) all of which were absent in the previous-generation model.

The 948cc inline-four Euro 5-compliant liquid-cooled motor produces the same amount of power and torque as the Euro 4/BS4 model, which is pretty commendable. So, it generates 125PS of power at 9500rpm and 98.6Nm of torque at 7700rpm. The engine works alongside a 6-speed transmission with assist and slipper clutch. While many newer motorcycles get large exhausts to comply with cleaner emission norms, the 2020 Z900's exhaust thankfully doesn't look that bulky.

The underpinnings have also remained unchanged. However, the 2020 model gets new Dunlop Sportmax Roadsport 2 tyres for better grip and handling. Another notable addition is the 10.9cm TFT instrument cluster, which replaces the semi-digital unit in the previous model. It is compatible with a smartphone via the Kawasaki Rideology App. It also gets all-LED lighting system but the overall design language of the bike has remained unchanged except for the slightly larger tank extensions. Kawasaki offers the 2020 Z900 in four colours: grey, green, white and black.

With all these additions, the 2020 Kawasaki Z900 should be a lot more rider-friendly and safer than before and should offer more confidence around serpentine roads too. The 2020 Kawasaki Z900 will go up against the Yamaha MT-09, Triumph Street Triple RS, KTM 790 Duke and Suzuki GSX-S750.