Is This The New EcoSport That's Headed To India?

The next-gen EcoSport seems to have grown in size 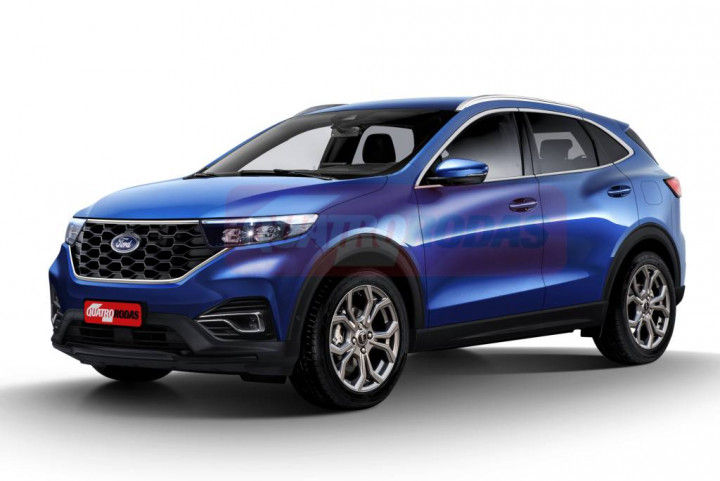 The Ford EcoSport is THE car that sparked the sub-4 metre SUV space in India back in 2012. Today, this segment is one of the busiest, with almost all manufacturers eyeing a share of the pie. Meanwhile, we’ve got our hands on a few images of the 2020 Ford EcoSport that is all set to go on sale in Brazil next year. But is it coming to India?

First things first, the design change is so drastic that we can’t find any correlation with the current version of the SUV. It looks visibly larger and now sports a more traditional SUV-ish design. The front end is in tune with bigger Ford SUVs, with the headlights and the grille forming a (large) single unit. You get to see a similar theme at the rear as well. From the side, the new EcoSport reminds us of the bigger Kuga. Our favourite angle for sure!

Details are scarce at this point but the SUV is expected to go on sale in Brazil with a 1.5-litre petrol engine capable of producing over 130PS of power. Unfortunately, images of the cabin are not out yet and at this point, we can only speculate that it might feature a revised cabin layout with a bigger infotainment system and possibly a digital instrument cluster as well.

Given its popularity, the new EcoSport will most definitely come to India. And considering its bigger footprint, it could compete with bigger SUVs like the Kia Seltos and Hyundai Creta instead of the Venue and other sub-4m SUVs.

Currently, the EcoSport is powered by three engines: 1.0-litre turbo petrol, 1.5-litre petrol and a 1.5-litre diesel. It is priced from Rs 7.91 lakh to Rs 11.45 lakh (ex-showroom Delhi). Key rivals include the Hyundai Venue, Maruti Suzuki Vitara Brezza, Mahindra XUV300 and the Tata Nexon. Furthermore, Renault, Datsun, Volkswagen and Skoda are also introducing sub-4m SUVs in the near future.