Toyota’s ever-so-dependable sedan is trading some of its (boring) sophistication for aggression! 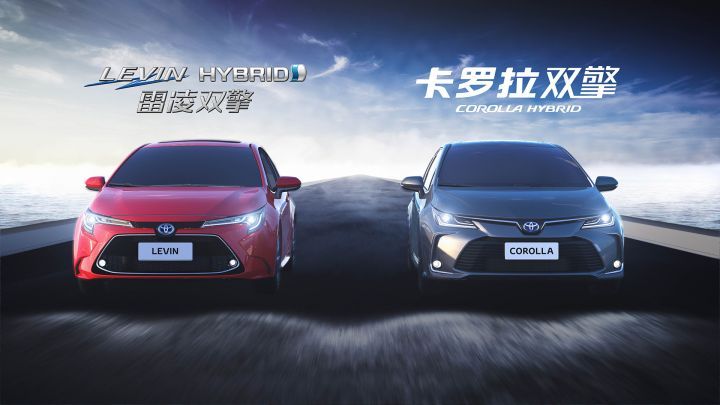 Toyota has taken the wraps off of the new sedan version of its bestseller, the Corolla in China. Likely to be called the 2019 Corolla Altis when it eventually makes its way to India, it promises to ruffle quite a few feathers in the segment.

The sedan is based on the same TNGA platform that also underpins the hatchback and the estate version of the Corolla that’s sold in European markets. This means that it is longer, and wider compared to the current car. That said, it is lower and the wheelbase remains unchanged. Here’s a quick look at the numbers:

Expectedly, it also sports the same family look as its siblings. Toyota showcased two trims of the Corolla - the sporty Chinese-spec ‘Levin’, and the business-class Euro-spec ‘Prestige’. On both, the face is aggressive, sporting a slender grille and fang-like daytime running lamps. There’s some neat looking honeycomb-mesh-like detailing on the China-spec car, whereas the Euro-spec version gets sober horizontal slats instead.

Over to the side, you’ll spot a natural adaptation of the hatchback’s design into a conventional three-box layout. The boot is integrated seamlessly, and it does look proportional too. At the rear too, the Corolla looks racier than before, with a sharp looking bumper. In terms of equipment, the Corolla Altis is packing in the usual — LED projector headlamps, projector foglamps, machine-finished alloy wheels and LED tail lamps. On a side note - we like how the car looks devoid of any sort of chrome. Expect that to change (by a whole lot) to suit the tastes of the Indian mass market!

On the inside, the cabin is as Toyota as you’d expect. The dash features a clean upright design, with a central floating touchscreen. There’s some pizzazz in the form of an LCD instrument cluster, wireless charging, dual-zone climate control, and the all-important sunroof as the well. We’re expecting this cabin to make its way to India virtually unchanged in terms of design. That said, Toyota could choose to go beige-heavy (check the US-spec interior below)  and throw in some wood-finished accents as well, since that’s been a bit of a Corolla signature in India.

Under the hood of the new Corolla lies Toyota’s new ‘Dynamic Force’ engine. The US-spec version makes a healthy 170PS of power and 200Nm of torque. There's a hybrid version as well, figures for which have not been officially disclosed. But, we expect it to make around 145PS and 180Nm. As expected, the i-CVT automatic is on offer over the usual 6-speed manual. Toyota plans on introducing the Corolla Hybrid in over 90 countries, which means the India-spec Altis is likely to feature this motor as well. Notably, the current 1.8-litre engine has been carried over for certain variants of the sedan.

Speaking of competition, the top-spec variant of the Octavia just got a small feature update, and Hyundai is busy prepping the facelift of the Elantra for launch next year. Then, there’s Honda’s new Civic waiting on the sidelines too! Toyota’s all-new Corolla Altis jumping in to the equation just makes it all the more exciting. We’re expecting prices to start around the Rs 15 lakh mark, and top out a shade under Rs 20 lakh. Intrigued? Let us know in the comments section.