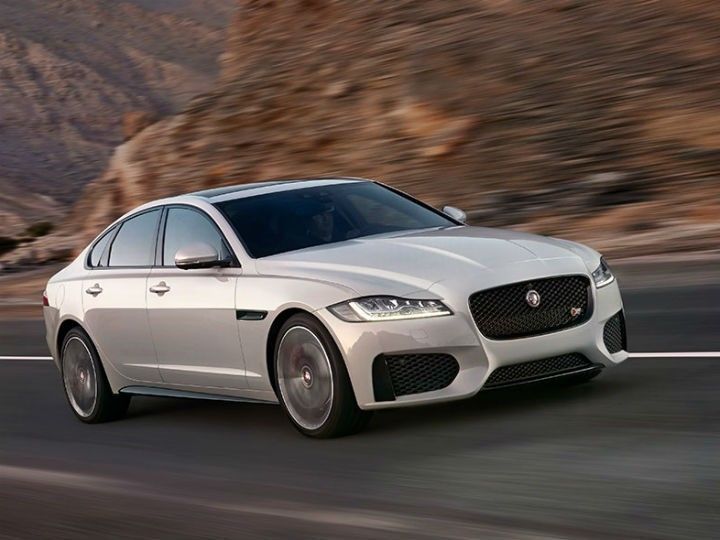 At the Auto Expo earlier this year, Jaguar revealed three models that the company had on the cards for this year. The British luxury carmaker launched its most affordable offering, the XE at the 2016 Auto Expo, and also announced the launch of the refreshed XF and F-Pace SUV in this year. Now it seems that Jaguar is all set to bring in the refreshed version of its XF sedan this month.

This updated XF that replaces the current generation model is based on a new platform that makes extensive use of aluminium for weight reduction and it now tips the scale at 1,687kg. In fact, Jaguar also claims that this new platform gives its mid-sized sedan better driving dynamics. At 5,067mm, this refreshed XF is longer than the model it replaces. Expect it to be more spacious on the inside too thanks to its 2,960mm wheelbase, which is 51mm larger than its predecessor.

Speak of the interior, the dashboard has been redesigned and the XF now sports a steering wheel that is identical to the larger XJ. The seats of the new XF now look more premium and comfortable than before. The fully loaded XF now gets a 10.2-inch InControl Touch Pro system with 10GB of onboard storage.

The XF will also get minor cosmetic updates like a larger piano black grille, a redesigned bumper and more prominent lines on the hood. The car will also get adaptive full LED headlights and LED taillights. The facelift also comes with newly designed, younger looking alloy wheels.

Expect the XF to come with petrol as well as diesel engine options. There may be the new 2.0-litre Ingenium diesel unit that produces 180PS and 430Nm. This engine will come mated to a ZF sourced 8-speed automatic transmission. The petrol trim is expected to remain the same 2.0-litre unit that churns out 240PS of power and 240Nm of torque.

Jaguar is expected to bring in the XF facelift in the second half of this month. With prices of the current generation model starting around Rs 51 lakh, expect this refreshed version to demand a premium.